Slovak reporter's assassination may be tied to Italian Mafia 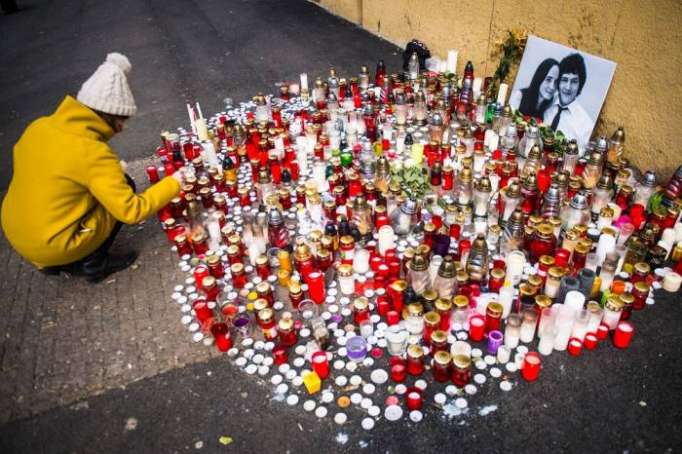 A story about the Italian Mafia stealing European Union development cash in Slovakia may have prompted the murder of an investigative journalist in the eastern European country last week.

Jan Kuciak, a 27 year-old reporter for Aktuality.sk, and his fiancee were found shot dead in their house near the capital city Bratislava on Sunday -- the first high-profile murder of a journalist since Slovakia’s 1993 independence. His investigative reporting work was the most likely motive, but authorities haven’t completely ruled out other leads, Police President Tibor Gaspar said on Tuesday.

The killings rattled the small country of 5.4 million people and shined the spotlight on deteriorating media freedoms in the EU’s eastern wing. While Slovakia has so far avoided the type of declines seen in its post-communist neighbors Poland and Hungary, the relationship between the government and journalists has frayed after reports of numerous cases of opaque procurement and tax fraud by companies with links to politicians.

“We’re focusing more on the scenario that it’s related to his journalistic work, specifically to that case,” Gaspar told Radio Expres in an interview when asked if it was linked to the mafia.

Kuciak had worked for “more than a year” on a story about the activities of Ndrangheta, an Italian organized crime gang, in Slovakia, including its ties to top politicians, according to Marek Vagovic, the head of the investigative unit at Aktuality.sk. He said several Aktuality reporters are under police protection after the killings.

The outlet, jointly owned by Axel Springer SE and Ringier AG and where Kuciak had worked since 2015, plans to run a story that Vagovic said exposed involvement of mafia-run companies in public procurement and tenders for EU grants.

The case is the fifth instance of a journalist being murdered in the EU in the past 10 years, according to Reporters Without Borders. In October, Maltese journalist Daphne Caruana Galizia was killed. She’d testified before a European Parliament panel about her work investigating the Panama Papers case concerning Maltese government officials.

Slovakia ranked 17th in the Reporters Without Borders 2017 Global Press Freedom Indexof 180 countries. Poland fell to 54th place and Hungary slid to 71st. And it’s not just rankings. In the Czech Republic, President Milos Zeman has repeatedly made jokes that journalists should be killed, and Slovak Prime Minister Robert Fico likened them to "filthy prostitutes."

Fico has for years attacked journalists for publishing what he said were unsubstantiated reports of linking state officials to illegal deals. He has pledged to crack down on graft, but no active senior politician has been sent to jail for corruption. Kuciak recently also reported on an alleged tax-fraud case of a real-estate developer who rents Fico an apartment.

On Tuesday, Fico said it would amount to an “attack on democracy ” if the connection between the murder and the reporter’s work was confirmed. He offered a 1 million-euro ($1.2 million) reward for information leading to the arrest of those responsible.

The authorities “worked for 24 hours, they didn’t sleep a minute,” Fico told reporters, standing next to a desk where the reward -- in 50 and 100 euro banknotes -- was stacked. “There are specialized units involved, international co-operation, and we even came up with a new element: a million euros, here it is. It’s because we are dead serious.”