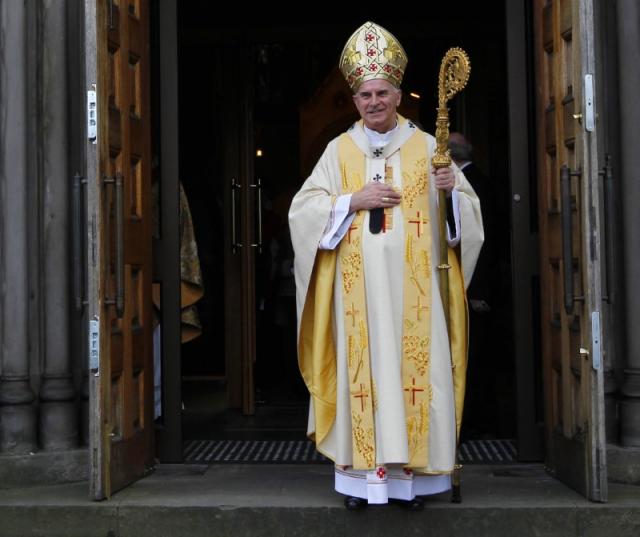 A disgraced former head of the Roman Catholic Church in Scotland who stepped down in 2013 after a sex scandal has died aged 80, the Church said on Monday.

Cardinal Keith O’Brien, an outspoken critic of gay marriage, resigned after three priests and one former priest complained about incidents of sexual misconduct dating back to the 1980s.

O’Brien initially denied the allegations but then apologized for sexual conduct he said had “fallen below the standards expected of me”. He quit as archbishop of St. Andrews and Edinburgh in 2013 shortly after Pope Benedict shocked the Catholic world with his own resignation.

O’Brien, once Britain’s most senior Catholic cleric, promised to play no further role in the Church in Scotland and did not take part in the conclave that elected Benedict’s successor, Pope Francis.

With the agreement of the Holy See, O’Brien subsequently moved to the north of England, where a statement said he had died surrounded by family.

The Catholic Church has been embroiled for years in sexual scandals, most notoriously involving the abuse of children in the United States and Ireland, which were covered up by senior clerics.

“In death, however, I think all can be united in praying for the repose of his soul, for comfort for his grieving family and that support and solace be given to those whom he offended, hurt and let down.”