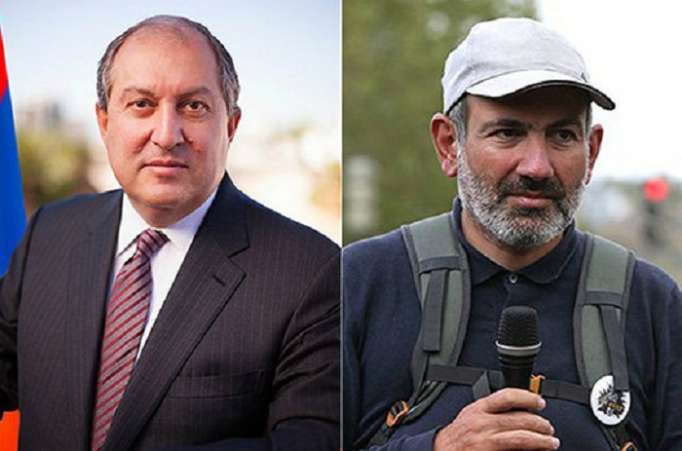 “Yesterday evening I had a meeting with RA President Armen Sarkissian” Pashinyan wrote on his Facebook page. “We discussed the [current] situation in Armenia and the possible avenues for a solution.”

After 11-day nationwide protest actions by the Nikol Pashinyan-led movement, ex-President Serzh Sargsyan on Monday resigned from his recently-elected post of Prime Minister.

Subsequently, Pashinyan announced that they will continue negotiations with the incumbent authorities on Wednesday, and toward achieving a smooth transfer of power in Armenia. But it became clear on Tuesday evening that this talk would not take place.

Nikol Pashinyan, in turn, announced that they are resuming their protests as of Wednesday, since the ruling Republican Party of Armenia (RPA) wants to retain power at the expense of Serzh Sargsyan’s resignation.

And on Thursday, Pashinyan invited Acting PM and RPA Vice Chairman Karapetyan for a public talk on Friday, and before the media.