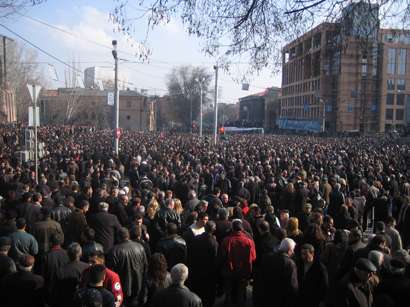 "Today at the meeting of the RPA faction members with party chairman Serzh Sargsyan and first deputy chair Karapetyan, the decision was made to avoid putting forward a candidate for the position of prime minister," Sharmazanov said.

The vice speaker of the parliament added that the goal of the move was to avoid conflict.

" This was a unanimous decision, we all agreed that this was the right decision for the moment," Sharmazanov said.

Earlier this week, Sharmazanov, who is an RPA member himself, said the party would meet to choose its candidate by Monday.