Shusha: over 25 years of occupation 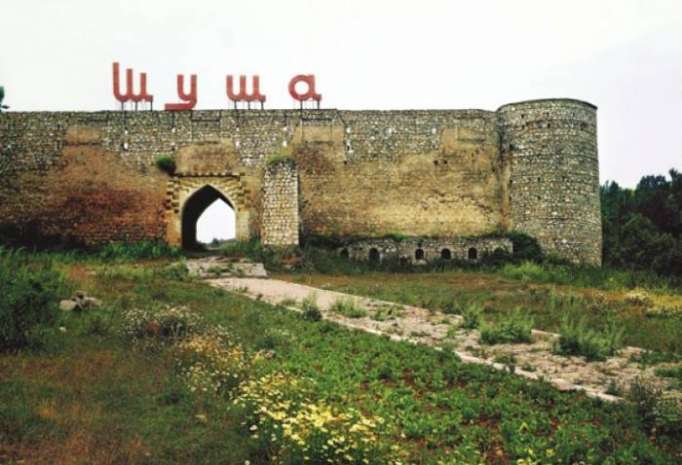 May 7-8, 1992, a city with a 250-year history that was built on the land of Karabakh by the descendants of the Javanshir dynasty Panah Ali Khan, was occupied by Armenian barbarians and almost completely destroyed. Because of the occupation of Shusha, more than 23,000 Azerbaijanis were displaced from their homes, as this was the last act to complete the ethnic cleansing in Nagorno-Karabakh.

There were no Azerbaijani left in Nagorno-Karabakh. I note that at the moment of the fall of the USSR and the bloody war 98 percent of the population of Shusha was Azerbaijanis.

During the occupation of Shusha, which is a territory of 289 square kilometres, 480 civilians were killed, 600 people were wounded, 150 of them became disabled, 552 children became orphans, 68 civilians were taken hostage or missing, more than 25 thousand people became internally displaced.

Unfortunately, the perpetrators of this tragedy did not suffer a well-deserved punishment, but on the contrary, many of those who participated in the occupation of Shusha and other regions of Azerbaijan were awarded the so-called ‘state award’ and took high leadership positions in Armenia.

However, on the eve of the 26th anniversary of the occupation of Shusha, incredibly unpredictable events took place in April in the history of Armenia – the Armenian people revolted against those who unleashed the Nagorno-Karabakh war.

On April 23, former President of Armenia Serzh Sargsyan, one of the main perpetrators of the vandalism act in Shusha, Khojaly and other occupied areas, with a feeling of disgrace and shame, renounced his post as prime minister under the pressure of a popular uprising.

After that, Sargsyan left the post of the head of the Republican Party of Armenia (RPA. The majority of representatives of this ruling party were the participants of the Karabakh war, whose hands are stained with the blood of innocent people. Realising its disability and inability to further rule the country, as well as the strong fear of being punished by its insurgent people, the ruling party of Armenia adopted a unanimous decision not to nominate its candidate for the post of prime minister of the country. Thus, the era of Serzh Sargsyan and his closest associates approached its last days.

Many countries of the world recognised the fact of the occupation of Shusha and other Azerbaijani regions by Armenian bandit formations. For example, a reference on the history of the Nagorno-Karabakh conflict of March 30, 2001, published by the US State Department reads: ‘In May 1992, Armenian and Karabakh troops seized Shusha (the historical capital of the region populated by Azerbaijanis) and Lachin, Nagorno-Karabakh with Armenia.’

Armenians themselves agree with this narrative. For example, one of the main ideologists of the separatists, the Armenian writer Zori Balayan, in an interview with the French television channel Antenn-Sh in 1994, talked about some details of the city’s capture, which was the result of a carefully planned scenario developed by Armenian terrorist organisations operating in the French city of Lyon and in the capital of Iran – Tehran. In another interview to the newspaper ‘Le Progress’ on April 14, 1994, Balayan noted, “… the first plan for Shusha was developed on May 2 in Tehran, and on May 3 we already knew that Shusha would soon become ours.”

Another example of Armenian brutalities took place in the Iranian city of Isfahan in the hall of the meeting of the Armenian community, director Ahmad Bagir Yadigari demonstrated his documentary about the capture of Shusha and the fate of 114 captured Azerbaijanis held in the Shusha prison. They were all killed. According to A. Yadigari, that time people were shocked by the massacres of defenceless people by the Armenian militants. However, soon the 37-year-old director died as a result of a car crash.

Thus, due to destructive activities, the real history and culture of Shusha are on the verge of extinction – the Shusha State Drama Theater, the State Historical Museums of Garabagh, the museum houses of Uzeyir Hajibeyov, Bulbul, Mir Movsud Navvab, the State Museum of Azerbaijani Carpets, the State Art Gallery, the famous Govhar Aga Mosque, etc.

The Azerbaijani people will never forget the pain inflicted on them by the Armenian invaders, which will cease only after the liberation of the heart of the country – Karabakh and its pearl – the city of Shusha.

Seymur Mammadov is the director of Eurasia-Azerbaijan, an international expert club, and editor-in-chief of the Azerbaijani news agency Vzglyad.az.

The original article was published in Daily Times.