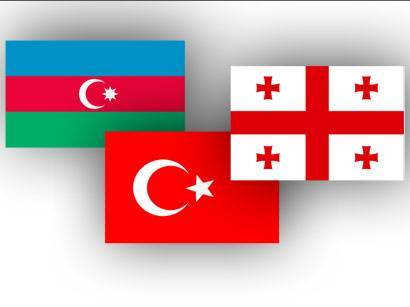 Azerbaijan, Turkey and Georgia have discussed a new agreement in military sphere.

The issue of approval of the Memorandum of understanding in the defense sphere between the three countries has been discussed at today's meeting of the Committee on International and Inter-parliamentary Relations of the Parliament of Azerbaijan.

The strengthening of military ties between these countries is very important, said the Chairman of the Committee Samad Seyidov.

"This is very important for each of the countries of the region, and at the same time it is a message to the world community," the chairman of the committee said.

Seyidov noted that the relations between these countries are developing at a high level not only in the economic, cultural and humanitarian spheres, but also in the military sphere. "Having a strong army, Azerbaijan has support of Turkey and Georgia. This is extremely important and significant for our country", he said.

The Memorandum of understanding in the military sphere between Azerbaijan, Turkey and Georgia was recommended for discussion at the plenary session of the Azerbaijani Parliament.