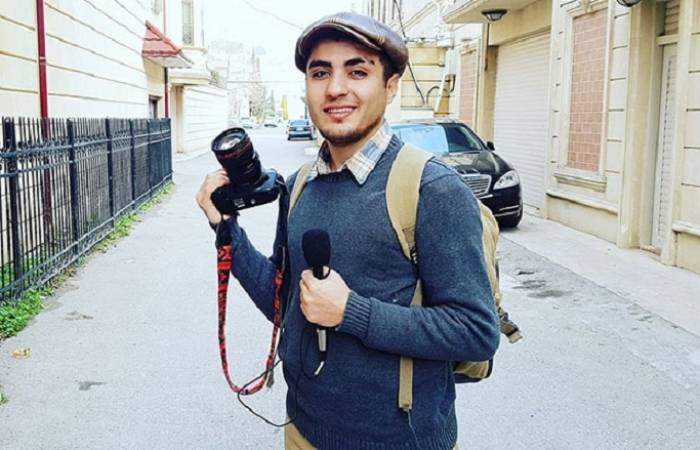 Jailed blogger Mehman Huseynov has ended his hunger strike and he is in good health, Head of the Public Relations Department of the Prison Service, Mehman Sadigov told.

"Mehman Huseynov eats, drinks, meets with his lawyer and talks with his family on the phone. He has no problem. You know that any person with a health problem is immediately provided with medical care.  As he does not hold a hunger strike there is no need to provide him with medical care”, Sadigov added.

Sadigov said Mehman Huseynov held a hunger strike for only one day: “He started to eat on the next day. We had drawn up a statement regarding the issue and he had signed it”.

Note, Huseynov was sentenced to 2 years in prison in 2017.

Chief of Nasimi District Police Department Musa Musayev filed a lawsuit against Huseynov. He asked for prosecution and punishment of the blogger under Clause 147.2 (the slander by accusing of  committing grave or especially grave crime) of the Criminal Code of the Republic of Azerbaijan.

The Public Relations Department of the Prison Service reported that, during the planned search activities in Prison No 14 on December 26, convict Mehman Huseynov did not obey the lawful demands of the senior inspector of the security department of the institution, Lieutenant Ali Abdalov. "Huseynov resisted physically, and, using force against Abdalov, caused him bodily injuries," the report states.

An investigation was launched by the Garadagh district prosecutor"s office. A criminal case has been initiated under Article 315.2 (resisting a representative of the authorities with the use of violence dangerous to his health and life) of the Criminal Code, the report says.