Ocalan to declare ceasefire on March 21 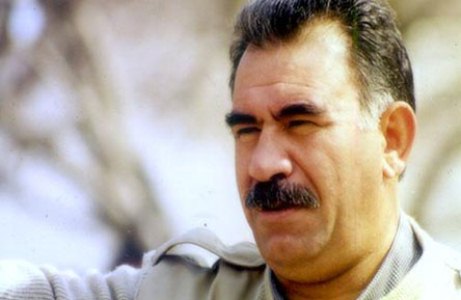 PKK leader to call Kurdish new year ceasefire.
The jailed leader of Kurdish rebels is set to call for a long-sought ceasefire on March 21, the day of the Kurdish new year, as part of a renewed push for peace with Ankara, officials said on Wednesday.

"(The PKK) will declare at the very least a ceasefire by Newroz (March 21) and lay down arms by July-August, after which departure from the country will be discussed," Deputy Prime Minister Bulent Arinc said in an interview on NTV news, relaying written instructions given by Abdullah Ocalan to the Kurdish rebel movement.

Arinc was quoting from a 20-page letter penned by the rebel chief outlining his views on a possible solution for the nearly three-decade-long conflict between the outlawed Kurdistan Workers` Party (PKK) and Turkish security forces that has cost 45,000 lives, mostly Kurdish.

Led by Ocalan, the separatist PKK is branded a terrorist group by Turkey and its Western allies.