Five Lessons from the US Government Shutdown- OPINION 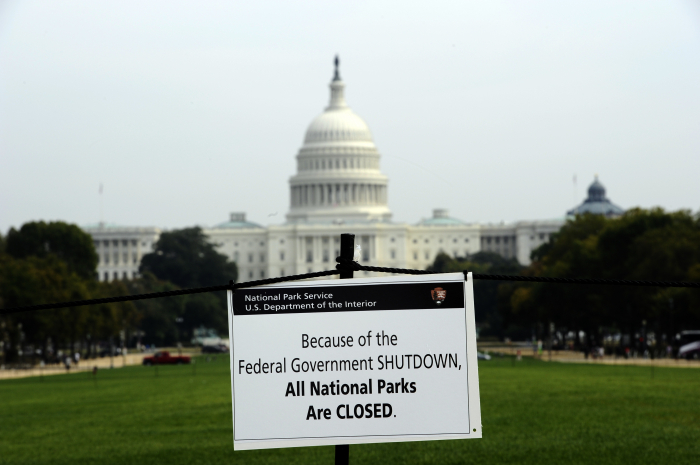 Under previous US administrations, confrontational and destructive tactics were limited by implicit norms regarding how the executive branch should behave, including the respect it should show to its employees. Those norms now lie in tatters.

Last Friday, a wave of relief spread across the United States. A completely pointless and highly damaging partial government shutdown was over. Unfortunately, what we learned from the episode was extremely worrying about both what is likely to come next and the country’s longer-term fate. There are five obvious implications.

First, there is no substantive case for building a big concrete wall, or anything similar, on the US border with Mexico. Donald Trump, like previous US presidents, has demonstrated the ability to concentrate national attention on a specific issue. But, as was the case of President Lyndon B. Johnson with regard to Vietnam (or George W. Bush on Iraq), personal experiences and in-depth reporting do not necessarily increase the number of Americans who agree with the administration. In fact, they may have the opposite effect.

The most informative reports are those that provide a detailed tour of the border, including photographs from California, Arizona, New Mexico, and Texas. A wall already stands at many places where one would be helpful, while vehicle barriers exist where those make more sense. And then there are entirely wild and empty places where the natural terrain is already a fierce impediment to migrants.

No one questions the importance of border security. In fact, bipartisan agreement on the issue in recent decades has proved constructive. But little illegal immigration occurs across currently open parts of the border – and only a small share of illegal drugs enters the US through these routes (most come in through legal ports of entry). And Mexico will never pay for the wall, despite Trump’s insistence, both before and after his election, that it would.

The second lesson of the shutdown is that many Republicans – particularly those who live close to the southern border, are not enthusiastic about building a wall. This makes sense, given that funding a wall was not a top priority when the Republicans controlled both chambers of Congress from early 2017 until January 2019. Well-informed congressional Republicans have opposed building a wall, and Senate Majority Leader Mitch McConnell (sometimes) shows little enthusiasm for shutting down the government over this issue.1

Third, US government shutdowns have a major negative impact, mostly on the low-wage federal employees who do not get paid on time (as well as employees of federal contractors, who probably will never be paid for January). It is outrageous that the federal government is permitted to force people to work without pay. If any other employer attempted this, it would be guilty of violating the 1938 Fair Labor Standards Act – and the Department of Labor would step in.

Fourth, those in Trump’s inner circle neither understand nor care about the human costs of the administration’s behavior. Commerce Secretary Wilbur Ross was mystified as to why federal workers did not just take out loans, apparently believing that everyone has the same access to low-interest credit that he does. Ross should read Mehrsa Baradaran’s informative book, How the Other Half Banks, and reflect on the high cost of credit for low-income families.

Or he could just ask Mick Mulvaney, the acting White House chief of staff. While in the House of Representatives, Mulvaney received large donations from the payday loan industry, which makes most of its profits from lending at high interest rates to people who have no alternative when they desperately need cash. Mulvaney also devoted considerable time over the past two years to weakening the safeguards that the Consumer Financial Protection Bureau previously attempted to implement to prevent some of the industry’s worst abuses. As the government shutdown lengthened, the stock price of payday lenders rose. (Mulvaney has denied any conflict of interest.)

Under previous administrations, confrontational and destructive tactics were limited by implicit norms regarding how the executive branch should behave, including the respect it should show to its employees. Those norms now lie in tatters.

Lastly, the administration really does not want to engage in an open debate about the benefits of immigration, which include an increase in the number of companies in the US (which employ 11 people each, on average, according to the George W. Bush Institute) and a more favorable ratio of working-age people to retirees. Whereas most other advanced economies are facing the prospect of demographic decline – an aging population that also shrinks in absolute numbers – the US has avoided this by welcoming newcomers.

My MIT colleague Daron Acemoglu and I have argued that it is time to remake some fundamental institutions in the US. This has happened before. During the Progressive Era of the late nineteenth and early twentieth centuries, for example, direct election of US senators and women’s suffrage were introduced, together with legislation ensuring greater transparency to government. Today, reformers should focus on redesigning anti-trust for the age of big data, rebuilding the social safety net as a trampoline; and rebalancing the tax code so that it is no longer so expensive to hire labor relative to installing new machines.

These would be profound changes. But when policy falls into the hands of a few out-of-touch plutocrats, unwilling to respect existing norms and apparently intent on infringing the dignity of ordinary Americans, it is time for serious change. For the US, that time has come.


Simon Johnson, a former chief economist of the IMF, is a professor at MIT Sloan, a senior fellow at the Peterson Institute for International Economics, and co-founder of a leading economics blog, The Baseline Scenario. He is the co-author, with Jonathan Gruber of Jump-Starting America: How Breakthrough Science Can Revive the Economic Growth and the American Dream.