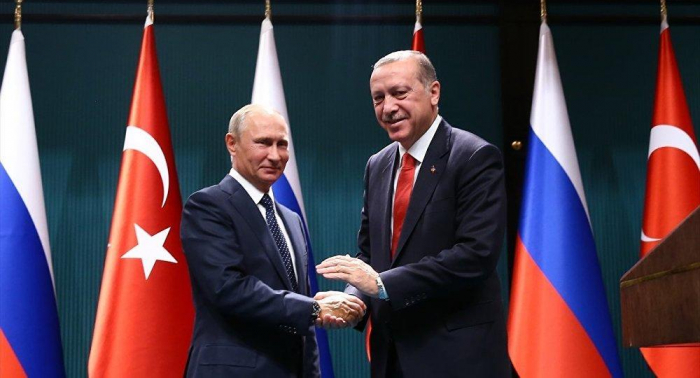 Turkish President Recep Tayyip Erdogan and his Russian counterpart Vladimir Putin will meet on Feb. 14 in Russia's coastal city of Sochi, where they will discuss Syria, Anadolu Agency reports.

"We will meet with Putin on Feb. 14 in Sochi," Erdogan told Turkish state broadcaster TRT News in an exclusive interview on Sunday.

The president said Turkey, Russia and Iran will hold the second Syria summit in Sochi and hoped that the summit would contribute to the situation in Syria.

Turkey and Russia, together with Iran, are the guarantor countries which brokered a cease-fire in Syria in December 2016, leading to the Astana talks, which are running parallel to the Geneva talks.

"We hope that this positive development will ensure the [terrorist] organizations to leave here [Syria] and rightful owners to return to their lands," he added.

The president said that around 300,000 Syrian people returned from Turkey to their lands so far.

"I hope that they fulfill this shortly because we do not want to live under threat. That is why we have all the preparations ready if we see the signs of threat," he added.

In recent days, Turkish officials said Turkey has completed all preparations for an operation east of the Euphrates in northern Syria, which Ankara said would serve territorial integrity in the war-torn country.