Democracy beyond voting and protests- OPINION 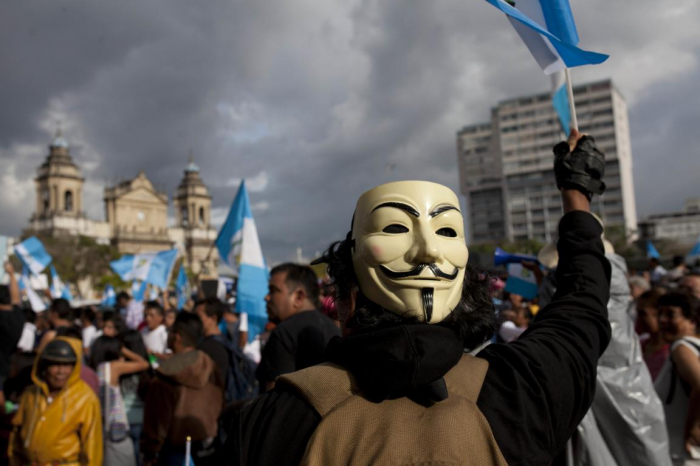 Around the world, distrust of government and decades of declining civic engagement go hand in hand. To stem today's populist tide, public policies must encourage citizens to reconnect with shared institutions and with one another.

For over a decade now, we have witnessed more elections and, simultaneously, less democracy. According to Bloomberg, elections have been occurring more frequently around the world. Yet Freedom House finds that some 110 countries have experienced declines in political and civil rights over the past 13 years.

As democracy declines, so does our sense of community. In the United States, this is evidenced by a looming loneliness epidemicand the rapid disappearance of civic institutions such as churches, eight of which close every day. And though these trends are global in nature, the US exemplifies them in the extreme.

This is no coincidence. As Alexis de Tocqueville pointed out in the 1830s, America’s founders envisioned a country governed not by shared values, but by self-interest. That vision has since defined America’s institutions, and fostered a hyper-individualistic society.

A few years ago, when I was launching Spark MicroGrants in East Africa, I watched a group of American MIT students meet with around 50 residents of a Rwandan village. Residents were hoping to convince Rwanda’s government to contribute to a project to extend an electricity line to their community (which, to their credit, they eventually did). One of the students grilled a community member about why the government, rather than the individuals at the meeting, should pay for the project.

That student was channeling a typically American idea of privatization and access based on individual purchasing power. But that idea can corrode collective and civic engagement, and it seems to be undermining political trust as well. According to the Pew Research Center, the share of Americans who trust the government dropped by a colossal 55 percentage points between 1958 and 2017, and now sits below 20%. Not surprisingly, engagement has also dropped in the same period, with involvement in civic associations falling by half.

Growing distrust in governing institutions has fueled a rise in authoritarian populist movements around the world. Citizens are demanding individual economic security and retreating into an isolationist mentality. In the 2016 US presidential election, Bernie Sanders and Donald Trump both appealed to an overlapping bloc of voters who are fed up with “the system,” and second- and third-generation immigrants turned against newer immigrants. In countries ranging from Germany to Brazil, voters have flocked to far-right parties not out of love for the candidates, but out of fear of losing power and status.

And yet we know that “user engagement” works, as shown by countless studies and human experiences. For example, an evaluation conducted in Uganda found that the more citizens participated in the design of health programs, the more the perception of the health-care system improved. And in Indonesia, direct citizen involvement in government decision-making has led to higher satisfaction with government services.

By creating more opportunities to engage in civic and political life, we can strengthen trust in our institutions and stem the tide of extremism. Today, though, engagement happens in fits and starts related to political campaigns and policies, such as Barack Obama’s 2008 presidential campaign or the Tea Party movement that emerged to oppose him. After mass shootings, protests in favor of gun-control laws increase, but after a short while, the National Rifle Association exploits fears of government overreach to encourage engagement in the other direction. Achieving genuine engagement, rather than reacting to issues that are presented by politicians or circumstances, requires new institutions that overcome the barriers to frequent and effective civic participation and community-driven change.

While the Western world suffers from over-individualization, the most notable governance and economic innovations are taking place in the Global South. In Rwanda, for example, the government has introduced policies to encourage grassroots solutions that strengthen citizens’ sense of community and shared accountability. Through monthly community-service meetings, families and individuals work together to build homes for the needy, fix roads, and pool funds to invest in better farming practices and equipment.

Imagine if over 300 million Americans convened every month for a similar purpose. There would suddenly be billions more citizen hours invested in neighbor-to-neighbor interaction and citizen action.

This was one of the main effects of the Village Savings and Loan Associations that originated in the Democratic Republic of Congo. Within communities, members have access to loans to start small businesses and save for a rainy day. The model works because it leverages neighbor-to-neighbor accountability. Likewise, from Haiti to Liberia to Burundi and beyond, community-based health systems have proven effective precisely because health workers know their neighbors and their needs. Community health workers go from home to home, checking in on pregnant mothers and making sure they are cared for. Each of these solutions uses and strengthens communal accountability through shared engagement – not traditional vertical accountability lines.

If we believe in the democratic principle that governments must be accountable to citizens, we should build systems that hold us accountable to each other – and we must engage beyond elections and protests. We must usher in a new era of community-driven democracy – power must be decentralized and placed in the hands of families and communities.

When we achieve community-driven democracy, we will engage with one another and with our governments – not just on special occasions, but continuously, because our democracy and freedom depend on us.


Sasha Fisher, an inaugural Obama Foundation Fellow, is the founder of Spark MicroGrants.