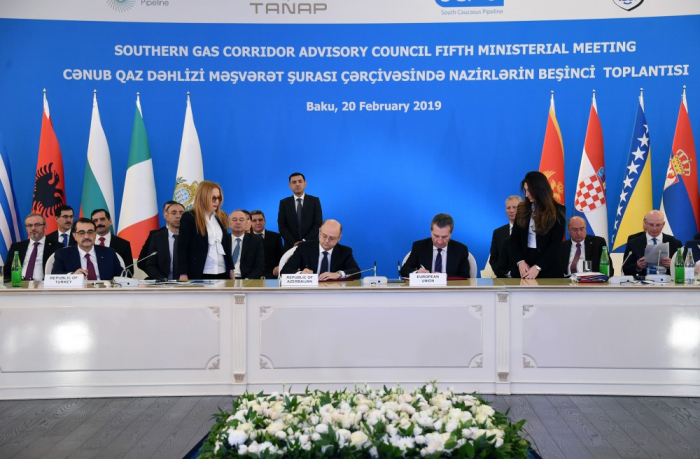 A Joint Declaration on the outcome of the 5th Ministerial Meeting of the Southern Gas Corridor (SGC) Advisory Council has been signed.

The document was signed by Azerbaijan's Minister of Energy Parviz Shahbazov and European Commissioner for Budget and Human Resources Günther Oettinger.

The signing ceremony continued with a press conference.