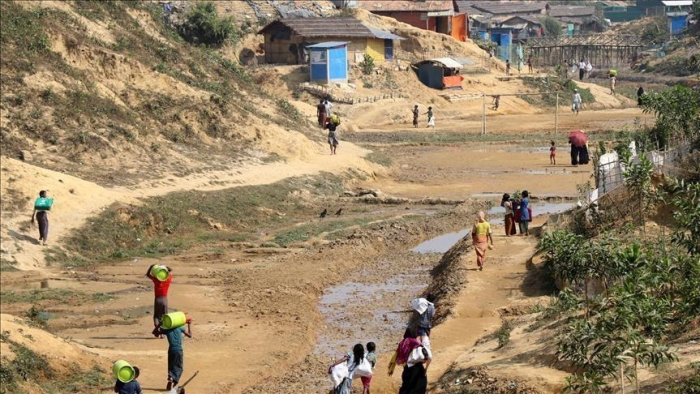 The Japanese government will provide $32.5 million in aid for the Rohingya refugees in Bangladesh, its embassy in Dhaka said on Tuesday, Anadolu Agency reported.

The aid will be used to support the Rohingya sheltered in Cox’s Bazar of Bangladesh and the host communities there, Japan’s embassy in Bangladeshi capital said in a press release.

The decision was taken on Feb. 7, it added.

Since the massive influx of refugees into Bangladesh in August 2017, the Japanese government has granted approximately $50.2 million to some international organizations, excluding the latest pledge, according to the statement.

Japan will extend the humanitarian assistance for the Rohingya refugees and host communities in Cox’s Bazar through site management of refugee camps, providing food, shelter, medical services and trainings.

The Rohingya, described by the UN as the world's most persecuted people, have faced heightened fears of attack since dozens were killed in communal violence in 2012.

According to Amnesty International, more than 750,000 Rohingya refugees, mostly women and children, have fled Myanmar and crossed to Bangladesh after Myanmar forces launched a crackdown on the minority Muslim community in August 2017.

Since Aug. 25, 2017, nearly 24,000 Rohingya Muslims have been killed by Myanmar’s state forces, according to a report by the Ontario International Development Agency (OIDA).

More than 34,000 Rohingya were also thrown into fires, while over 114,000 others were beaten, said the OIDA report, titled "Forced Migration of Rohingya: The Untold Experience."

Some 18,000 Rohingya women and girls were raped by Myanmar’s army and police and over 115,000 Rohingya homes were burned down and 113,000 others vandalized, it added.

In a report, UN investigators said such violations may have constituted crimes against humanity.