France's Yellow Vests take to streets for Act 16 of protests 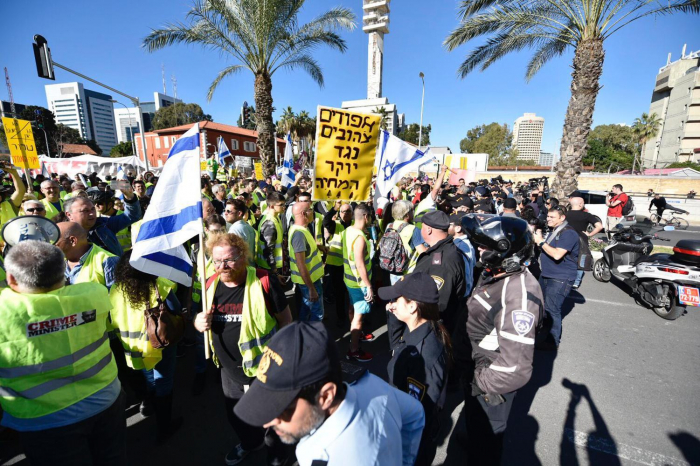 Yellow Vests are to take to the streets of France for the sixteenth consecutive week of demonstrations on Saturday, while several prominent activists have called for the protests to ramp up again, AzVision.az reports citing France 24.

For more than three months, Yellow Vest protesters have been demonstrating against French President Emmanuel Macron’s government. For Act 16 of the protests, the Paris local government has authorised a route from the Arc de Triomphe to Place Denfert-Rochereau in the south of the city.

However, the Facebook group “Yellow Vests Act 16: Insurrection” is calling on demonstrators to “go back to the movement’s roots” with the “spontaneous” approach that “scared the government” with undeclared protests at unauthorised sites in November and December.

Demonstrations are also planned in cities throughout France, including Marseille, Nice, Bordeaux, Strasbourg, Nantes and Toulouse. In the northeastern city of Lille, protest organisers have called on Yellow Vests throughout the region – as well as in neighbouring countries such as Belgium and Germany to converge on the city. “The fight is international”, says a statement on the Facebook event page for the Lille demonstrations.

In Lyon, protest conveners are planning a “black march”, in which demonstrators will turn up dressed in black as a “symbol of mourning” for the movement, to warn against a hypothetical future in which it is destined to “become obscurantist” and the object of “contempt” because of activists “not acting together”.

For his part, Macron repeated his requests for a “return to calm” on Friday, lamenting the demonstrations’ “intolerable” violence. He launched the ‘grand debate’ on January 15 – in which every French person is supposed to be able to air their grievances – as a response to the popular uprising that emerged in opposition to proposed fuel tax hikes in November, before becoming a more amorphous movement calling for a wide variety of policy changes.