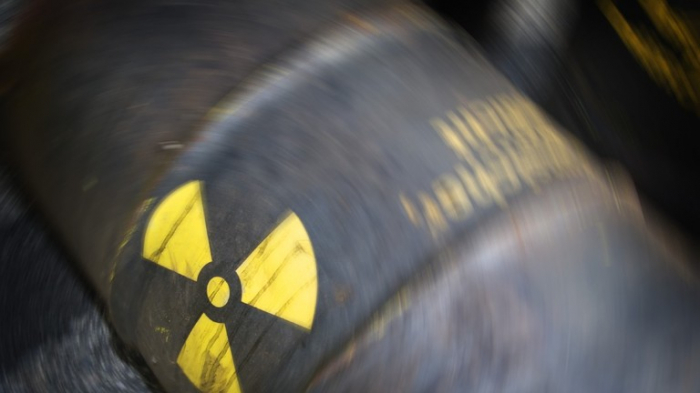 A hazmat squad responded after a bucket full of radioactive waste was found near a trash can in Minsk, Belarus. The materials were marked with radiation symbols, which did not stop a local woman from taking them out like trash.

A bucket with cans made of glass and plastic and sporting distinctive radioactivity warning signs were discovered by a stunned communal service worker in Minsk on Thursday. The bucket was placed near a trash can at a dumpster in a residential district.

The vigilant worker immediately alerted emergency services, which dispatched a hazardous materials unit to check for radiation exposure. Once the team arrived at the scene, which was sealed off in precaution, they discovered that the level of radiation within one meter (3.2ft) of the bucket was four times higher than normal.

However, when they moved two meters (6.5ft) away from the dangerous find, the radiation was back to normal background level again.

The bucket with the chemicals was removed from the dumpster and taken to a nuclear research facility for testing.

A total of five containers were discovered in the bucket, each weighing 1kg (2.2lb). All of them were used to store different types of uranium waste, including uranyl chloride, uranyl nitrate, uranyl sulfate, and uranium trioxide, an extremely toxic substance.

Police launched an investigation into how the radioactive waste ended up at the dumpster. It turned out that the chemicals had been discarded by a local woman during a routine cleaning of a nearby apartment belonging to her late grandmother, a local chemistry professor. Apparently not sharing the late woman's knowledge of chemistry, her granddaughter simply took the waste to the dumpster without a second thought.