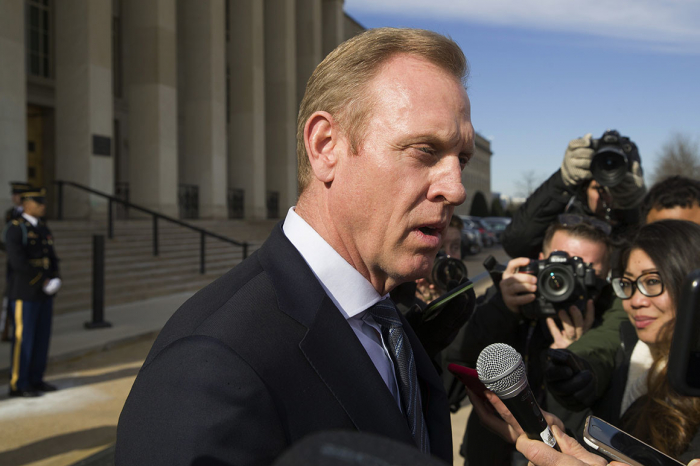 The Pentagon on Monday sent lawmakers a lengthy list of nearly $12.9 billion in unobligated military construction funds that could be raided to build more barriers on the U.S.-Mexico border as part of President Donald Trump's national emergency.

The move comes after Democrats accused Acting Defense Secretary Pat Shanahan of stonewalling lawmakers on whether military projects in their states are at risk.

The Pentagon list outlines nearly $12.9 billion in projects across the military services that were unawarded as of Dec. 31. The bulk of money is concentrated in the last two fiscal years — nearly $6.8 billion for projects in the current 2019 fiscal year and nearly $4.3 billion for fiscal 2018.

After several testy exchanges during a Senate Armed Services hearing last week, Shanahan committed to the panel's top Democrat, Sen. Jack Reed of Rhode Island, that he would soon provide that list.

Lawmakers in both parties are dyspeptic over potentially raiding the defense budget for a border wall — a move they fear will hurt military readiness just as it’s being rebuilt.

In a statement Monday, Reed called the move by Trump "a slap in the face to our military."

"He is planning to take funds from real, effective operational priorities and needed projects and divert them to his vanity wall," Reed said.

Trump aims to tap $3.6 billion in unobligated military construction funds for his signature border wall and is separately seeking to raid a Pentagon counternarcotics account for still more money.

The Pentagon says it won't raid military housing and other projects that have been awarded or with fiscal 2019 award dates.

"The pool of potential military construction projects from which funding could be reallocated to support the construction of border barrier are solely projects with award dates after September 30, 2019," the Pentagon said.

Shanahan, who took over in January after the abrupt resignation of Defense Secretary Jim Mattis, defended the move last week on Capitol Hill, telling the Senate Armed Services the border funding "will not come at the expense of our people, our readiness, or our modernization."

But Reed and other Democrats slammed Shanahan for not giving Congress specifics on what projects might be on the chopping block as lawmakers voted on a resolution to terminate the emergency.

"I feel completely sandbagged," Sen. Tim Kaine (D-Va.) told Shanahan. "You’re going to send it to us ... after the vote on the emergency declaration. Members of the Senate are entitled to know from where these MilCon monies will be pulled."

The House and Senate approved a resolution to nullify the emergency declaration, but Trump quickly vetoed the measure.

The House is set to vote next week on overriding Trump’s veto, but the effort is expected to fall short. Still Reed argued the list gives lawmakers new ammunition.

"A bipartisan majority of Congress went on record in voting to rebuke this ill-conceived idea," Reed said. "Now that members of Congress can see the potential impact this proposal could have on projects in their home states, I hope they will take that into consideration before the vote to override the President’s veto."