May could still hold another vote on her deal, says Brexit secretary 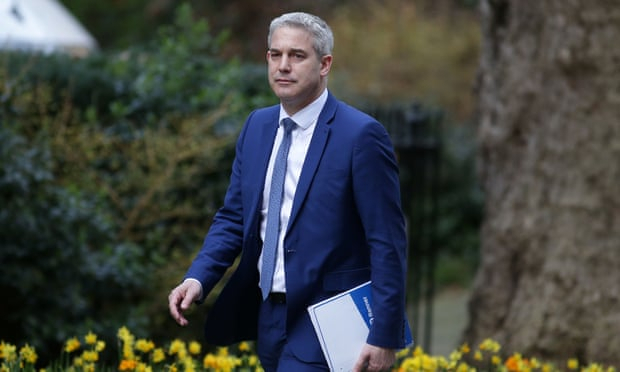 The Brexit secretary, Stephen Barclay, has insisted the prime minister may be able to hold another vote on her Brexit deal if she agrees the terms of an article 50 extension with the EU, believing that would satisfy the objections of the House of Commons Speaker, John Bercow.

Theresa May will chair cabinet on Tuesday after she was forced to pull any immediate plans for another meaningful vote because Bercow said she could not ask MPs to pass the same deal, after they rejected it twice by huge margins.

The prime minister is likely to have to go to Thursday’s Brussels summit to request a long extension to article 50, which could mean the UK has to spend more than £100m on participating in European parliamentary elections.

Barclay, who voted against a motion for an extension to article 50 in the free vote last week, would not say whether he would now vote for a longer extension.

“I don’t think my constituents want to see a long delay to Brexit. I think they will find it extremely frustrating three years after voting to leave,” he told BBC Radio 4’s Today programme.

Barclay suggested MPs would eventually have something substantially different to consider, which would satisfy Bercow’s ruling, including the possibility of an article 50 extension agreed at the EU council this week and any new deal struck with the Democratic Unionist party to get its support.

“We’ve always said in terms of bringing any vote forward, we would need to see movement from MPs in order to do that anyway, irrespective of the Speaker’s position.”

The vote may already have been all but lost. Sources said on Monday that the DUP was unlikely to strike an agreement with May’s government to support her withdrawal deal before Thursday’s crunch meeting with EU leaders.

Cabinet ministers had suggested over the weekend that May could have decided herself not to hold the vote without a realistic prospect of success.

Barclay said the talks had been “very constructive” but declined to go into specifics. He said both sides wanted to see the confidence-and-supply agreement continue.

“There’s a lot to achieve beyond Brexit, challenges in Northern Ireland where it’s important we raise productivity and support that part of the economy,” he said.

The Brexit secretary said Eurosceptics who welcomed Bercow’s decision were “clutching at straws” to suggest it made no deal more likely. “The house has already ruled to take no deal off the table,” he said.

“I think the Speaker would obviously give opportunities to the house to follow up on that vote so I don’t think that is a realistic option.”

The Labour leader, Jeremy Corbyn, is to meet leaders of the main opposition parties, including the SNP, Plaid Cymru, the Lib Dems and the Green party, to discuss his party’s backing for moves towards a second referendum.

In a joint statement before the talks, the SNP’s Ian Blackford, the Lib Dem leader, Vince Cable, Plaid’s Liz Saville Roberts and the Greens’ Caroline Lucas said: “The UK faces an unprecedented crisis with Brexit, and Westminster remains deeply divided. The best and most democratic way forward is to put the decision back to the people in a new vote – with the option to Remain on the ballot paper.”

Corbyn is also set to meet key members of a cross-party group of MPs, including the Tories’ Nick Boles and Oliver Letwin and Labour’s Lucy Powell and Stephen Kinnock, who are pushing for the UK to adopt a Norway-style relationship with the EU, which the group have described as the Common Market 2.0.