Sick of human politicians? 25% of Europeans would prefer AI government 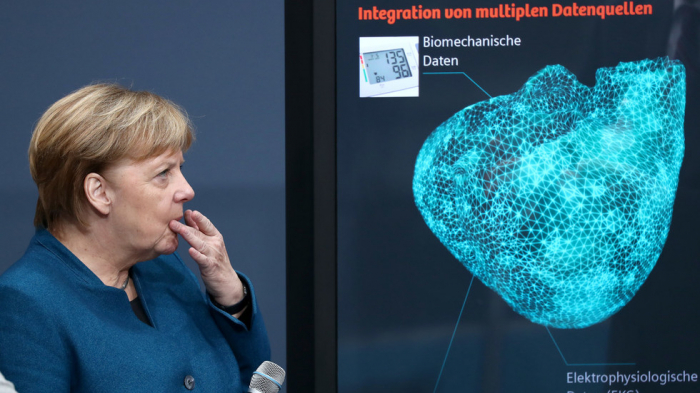 More than a quarter of Europeans would rather have their countries’ important political decisions made by artificial intelligence than their elected and unelected human officials, according to a surprising new survey.

Fully one in four Europeans said they were “somewhat or totally in favor of letting an artificial intelligence make important decisions about the running of their country,” a number that climbed to one in three for the Netherlands, UK, and Germany, according to a survey by the Center for the Governance of Change, a tech-focused research group from IE University in Spain. The figures remained constant across education levels, gender, and political affiliation, indicating either Europeans are abnormally welcoming of their new robot overlords – or they’re sick of their human ones.

Spoiler alert: it’s likely the latter. While the survey uncovered high levels of technological anxiety across all demographics, even the fear of having one’s job stolen by robots doesn’t hold a candle to Europeans’ antipathy for their political masters, who’ve shown themselves all too willing to throw their constituents under the (self-driving) bus in pursuit of power – whether it’s France’s Emmanuel Macron attempting to outlaw protest and bar critical media from his press conferences or Theresa May repeatedly serving up unappetizing Brexit deals in a reverse-psychology effort to transmute “Leave” into “Stay.”

Framing the results as “a significant questioning of the European model of representative democracy” and claiming it “challenges the very notion of popular sovereignty,” CGC executive director Diego Rubio avoided mentioning that more and more European citizens are finding the EU itself might be challenging “the very notion of popular sovereignty.” Despite attempts to blame such ‘Euroscepticism’ on (who else?) Russia, parties like Italy’s Five Star movement and the Netherlands' PVV have ridden a euroskeptic wave to power, while status-quo proponents like Macron, May and Germany’s Angela Merkel languish at record low approval ratings.

Despite the dim view some take of the future prospects of human rule, “over two thirds of Europeans of all ages believe that, if not appropriately controlled, new technologies will cause more harm than good to society in the coming decade,” IE University’s survey found, and between two-thirds and three-quarters of respondents support “strong policy measures to limit automation,” whether those involved a tax on corporations that replaced humans with automation, restricting robots to dangerous jobs, or compensating those who lose their jobs to automation.

The threat is far from abstract – most Europeans are concerned about robots taking over the majority of human jobs, researchers found, while nearly half fear their own employer will fall before the rise of our new silicon rulers. Most believe their education didn’t prepare them adequately for the fast pace of technological change, either.

Over two-thirds are “worried” or “very worried” that their social lives, too, will go wholly digital – an unappetizing prospect in an era of increasingly stringent online speech regulations. Interestingly enough, more than half of respondents in every country except Spain and Portugal support banning “political and ideological content” from social networks “in order to protect democracy.”

“People are disillusioned with governments, yet at the same time ask them to tackle the societal and economic negative effects that emerging technologies might have,” the authors wrote, pointing out the “paradoxical” nature of the results. Since those same emerging technologies include AI, are Europeans expecting their robot masters to regulate themselves once they’ve taken power?