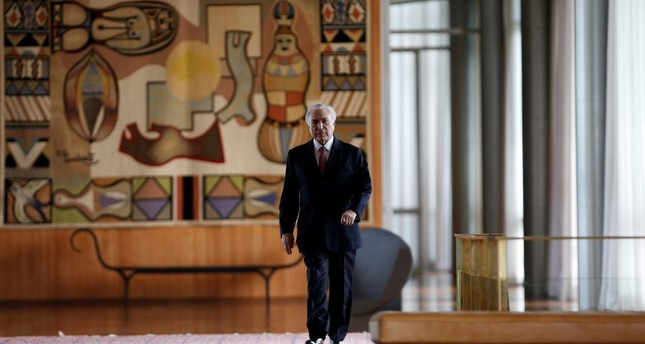 Brazil's former President Michel Temer was arrested on Thursday in Rio de Janeiro as part of a sprawling anti-corruption probe that has already claimed dozens of political and corporate scalps, media reports said.

Temer, the predecessor of current President Jair Bolsonaro, was Brazil's most unpopular leader ever and faced a number of corruption accusations on leaving office last year. He has repeatedly denied wrongdoing.

Temer, a center-right politician, took over as a caretaker figure after the last Workers Party president, Dilma Rousseff, was impeached and removed from office in 2016.

A spokeswoman for the Prosecutors Office in Rio de Janeiro told The Associated Press Thursday that Judge Marcelo Breitas had issued the arrest order for Temer.

Breitas is a Rio judge overseeing part of a sprawling corruption probe involving kickbacks to politicians and public officials. Since launching in March 2014, the so-called Car Wash investigation has led to the jailing of top businessmen and politicians, including ex-President Luiz Inacio Lula da Silva.

Temer lives in Sao Paulo, but his whereabouts were not immediately known.