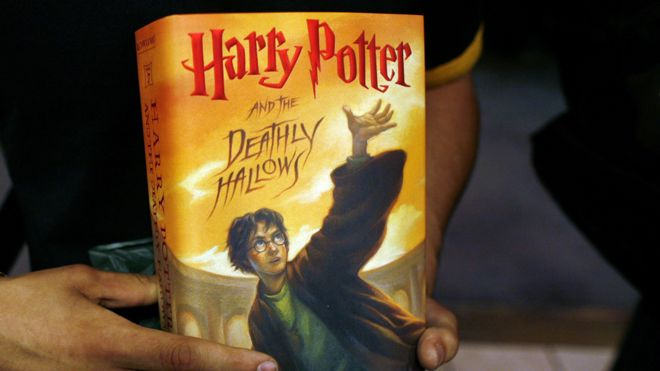 Catholic priests in northern Poland have burned books they consider to be sacrilegious, including ones from the Harry Potter boy wizard series.

An evangelical group, the SMS from Heaven Foundation, published pictures of the burning - which took place in the city of Gdansk - on Facebook.

They also show an elephant figurine and a tribal mask burning on the book pile.

A passage from Acts, quoted in the group's post, says "many of those who had practised magic collected their books and burned them in front of everyone. So they calculated their value and found it to be fifty thousand pieces of silver".

Another passage, from Deuteronomy, says: "Burn the images of their gods. Don't desire the silver or the gold that is on them and take it for yourself, or you will be trapped by it. That is detestable to the Lord your God."

JK Rowling's Harry Potter books are reckoned to be the most popular fiction works in publishing history - more than 500 million copies have been sold worldwide.

Some Christians object to the centrality of magic in the tales, as Harry Potter battles against evil, embodied in the dark wizard Lord Voldemort.

But last month the Church released a report documenting sexual abuse of children by nearly 400 Polish priests between 1990 and 2018.

The SMS from Heaven Foundation is based in Koszalin, just west of Gdansk. Some comments on the group's Facebook post express scorn for the priests' book-burning event.

One critic says: "I have not met anyone yet who would rape, murder and steal in the name of Harry Potter. In the name of the Bible, yes. Bad news, gentlemen!"

Another quotes the German poet Heinrich Heine, who wrote in 1823: "Where books are burned, in the end, people will also be burned."

The Heine quote is seen as prophetic, because the Nazis made a great show of burning so-called "decadent" books in the 1930s. They included works by Jewish writers - and soon the Nazis did burn Jewish victims of their racist ideology.