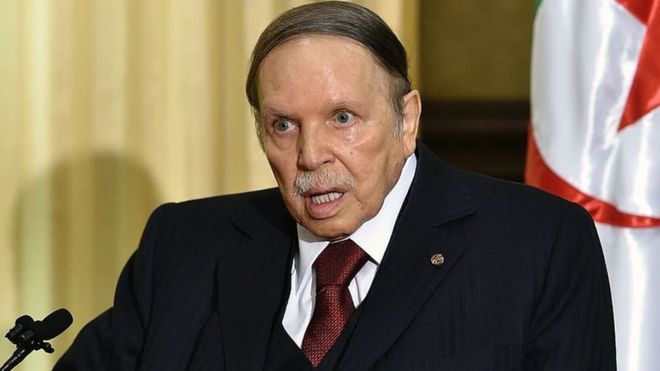 Mr Bouteflika, who had been in power for 20 years, had already dropped plans to seek a fifth term as opposition to his rule grew.

The powerful Algerian army had called for the 82-year-old to be declared incapable of carrying out his duties.

He suffered a stroke six years ago and has rarely appeared in public since.

Leaders of the protests had rejected Mr Bouteflika's offer to go by the end of his current term - 28 April - as not enough.

The demonstrations have also led to calls for the whole political system, in which the military plays a significant role, to be overhauled.

The governing National Liberation Front (FLN), which postponed elections, had vowed to organise a national conference on reforms.