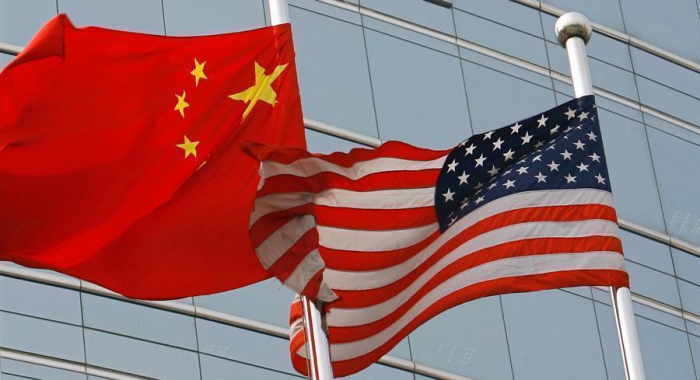 The United States will not send high-level officials to attend China's second Belt and Road summit in Beijing this month, a U.S. State Department spokesman said on Tuesday, citing concerns about financing practices for the initiative, Reuters reported.

China's top diplomat, Yang Jiechi, said on Saturday that almost 40 foreign leaders would take part in the summit due to be held in Beijing in late April. He rejected criticisms of the plan as "prejudiced."

The first summit for Belt and Road, which envisions rebuilding the old Silk Road to connect China with Asia, Europe and beyond with massive infrastructure spending, was held in 2017 and attended by Matt Pottinger, the senior White House official for Asia.

There are no such plans this year.

"We will not send high-level officials from the United States," U.S. State Department spokesman Robert Palladino said in answer to a question from Reuters.

"We will continue to raise concerns about opaque financing practices, poor governance, and disregard for internationally accepted norms and standards, which undermine many of the standards and principles that we rely upon to promote sustainable, inclusive development, and to maintain stability and a rules-based order.

"We have repeatedly called on China to address these concerns," Palladino added.

A person familiar with the matter said Washington was considering sending a lower-level staffer from the U.S. embassy to observe and take notes on the conference but not to participate, though a final decision has not yet been made.

President Xi Jinping's Belt and Road Initiative has proven controversial in many Western capitals, particularly Washington, which views it as a means to spread Chinese influence abroad and saddle countries with unsustainable debt through non-transparent projects.

On Saturday, Yang called such criticisms "prejudiced," saying China has never forced debt upon participants and the initiative was to promote joint development.

On Saturday, he did not name the 40 leaders he said would attend, but some of China's closest allies have confirmed they will be there, including Russian President Vladimir Putin, Pakistani Prime Minister Imran Khan, Philippines President Rodrigo Duterte and Cambodian Prime Minister Hun Sen.

"The Belt and Road is an open, inclusive and transparent initiative. We have always welcomed like-minded countries to participate in, and jointly build, the Belt and Road," Foreign Ministry spokesman Geng Shuang told a news briefing in Beijing on Wednesday when asked about the U.S. statement.

The United States has been particularly critical of Italy's decision to sign up to the plan this month, during a visit by Xi to Rome, the first for a G7 nation.

Washington sees China as a major strategic rival and the Trump administration has engaged Beijing in a tit-for-tat tariff war.

The world's two biggest economies have levied tariffs on hundreds of billions of dollars' worth of bilateral trade since July 2018, raising costs, disrupting supply chains and roiling global markets.

White House economic adviser Larry Kudlow on Tuesday said the countries "expect to make more headway" in trade talks this week, while the top U.S. business lobbying group said differences over an enforcement mechanism and the removal of U.S. tariffs were still obstacles to a deal.