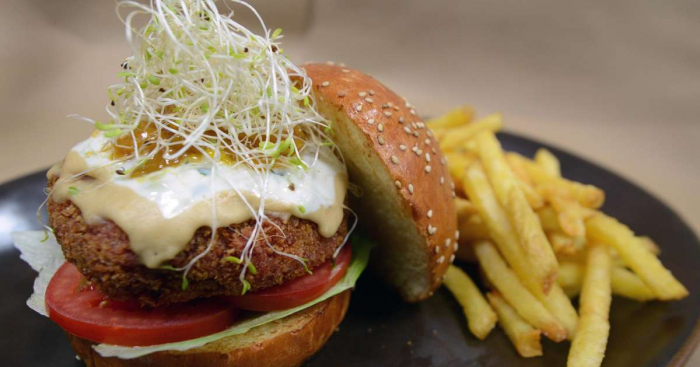 The latest round of food labelling regulations approved by the EU parliament’s agriculture committee this week would ban the use of terms such as “burger”, “sausage”, “escalope” and “steak” for products that do not contain meat.

Some MEPs believe the plan bears the fingerprints of Europe’s powerful meat lobby, keen to protect its profits and crush a trend towards veganism and vegetarianism among young people.

“It’s obviously an attempt to attack vegetarian meat substitutes. For me, it’s number one a sign that the meat lobby is worried about a rapid change in diets, especially among young people – a lot of which is about their response to climate change,” Green MEP Molly Scott Cato told The Independent.

“The meat industry is feeling the pressure of people shifting to what is basically cheaper and healthier food – namely a plant-based diet.”

Meat-loving French MEPs slipped the blandly named “compromise amendment 41” into proposals to reform the EU’s common agricultural policy at the last minute. They say the meat lobby is not involved and that the plan is simply “common sense”.

The regulations’ backers point to a precedent set in 2017 after the European Court of Justice ruled that soya milk could not be described as “milk” because it does not contain any dairy. The plant-based alternative to the white stuff is now known as “soya drink”.

The plan, which was supported by 29 votes in favour to seven against and one abstention on the Agri committee, will be voted on by all the parliament’s MEPs after the European elections.

Several sources at the parliament told The Independent they judged that the proposal had a reasonable chance of going through, given its support at committee stage and among major groups in the parliament.

A coalition of environmentalist NGOs has set themselves against the regulations.

Greenpeace EU agriculture policy director Marco Contiero said: “This ridiculous proposal shows the lengths the EU parliament’s agriculture committee will go to to promote factory farming of meat and dairy, whether at the expense of the environment, rural communities or, in this case, plain common sense.

“This is nothing more than a cynical attempt to undermine an emerging market in meat and dairy alternatives which greatly benefits farmers, consumers and the planet.”

If the regulations make it into law Ms Scott Cato said veggies and people trying to eat less meat would have to be creative about what they called foods.

“It is going to be a bit repulsive if you have to eat something called ‘vegetable protein tube’,” she said.

“Instead of calling it a vegetable disc or whatever they suggest, we could just call it a ‘vurger’?”

Figures from UK supermarkets suggest that around one in three British people have stopped or reduced their meat consumption in recent years, particularly among younger demographics.