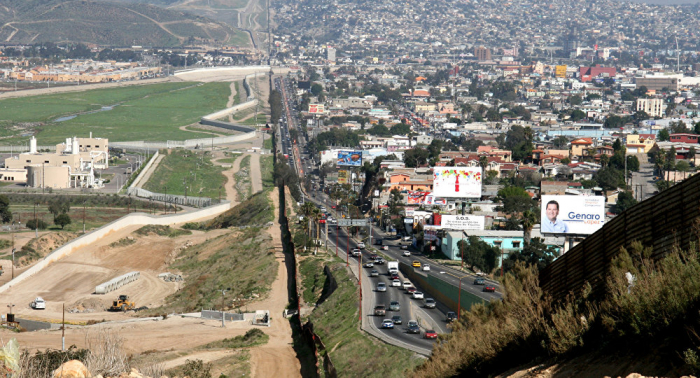 About 450 miles of new bollard fencing along the US border with Mexico is expected to be completed by 2020, US Army Corps of Engineers Commanding General and Chief of Engineers Todd Semonite said during a roundtable discussion on immigration with President Donald Trump, Sputnik reported.

“By the end of around December of 2020 the total amount of money that we will have put in the ground in the last couple of years will be about 450 miles, that's probably about $8 billion, a total of about 33 different projects,” Semonite said on Friday.

Semonite added that some of the border wall fencing is being constructed on private land as well as on federal land.

Trump visited the California border city of Calexico, where he toured a section of the new border wall being constructed.

The US president has threatened to impose tariffs on Mexican cars imported to the United States if Mexico does not deter the mass US-bound illegal migration crossing through its territory. Trump has also threatened to close the southern US border despite the harm it could cause to the economy.

Trump declared a national emergency last month to free up to $8 billion in federal funding to build a wall on the US southern border. The president has said the wall is needed to prevent criminals and terrorists from pouring into the United States.

Congress passed a resolution to terminate Trump's border emergency declaration, but the president signed his first-ever veto to overturn the legislation.