US, UK and France warn Assad regime on chemical attacks 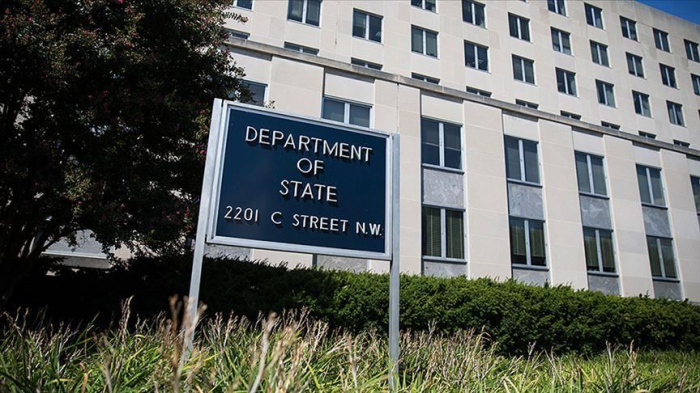 The U.S., U.K. and France warned the Syrian regime Friday against additional uses of chemical weapons one year after a deadly chemical attack on a Syrian town killed dozens of people, Anadolu Agency reported.

"The regime’s history of repeatedly using chemical weapons against its own people cannot be disputed, and we remain determined to hold it accountable for indiscriminately killing innocent men, women and children with these heinous weapons," the country's top diplomats said in a joint statement.

At least 70 people were killed when a chemical attack widely suspected of being carried out by the regime struck Douma, near Damascus on April 7, 2018. Hundreds more were injured.

The Organization for the Prohibition of Chemical Weapons (OPCW) determined after a nearly year-long probe that there are reasonable grounds chlorine was used on the formerly rebel-held area, but did not attribute culpability for the attack.

The organization's investigative mandate has since been changed to determine responsibility for future attacks, a reform the UK, French and American envoys hailed as "an important step in ensuring accountability."

"The United States, the United Kingdom, and France reaffirm their strong resolve to work jointly in achieving this practical goal," they said.

The trio of countries conducted a series of missile strikes in retaliation for the attack, striking Syrian regime targets, including a research center in Damascus and what it says was a chemical weapons storage facility near Homs.

"The Assad regime must not repeat the use of chemical weapons in Syria. There should be no doubt as to our determination to act strongly and swiftly should the Assad regime use these weapons again in the future," they said.