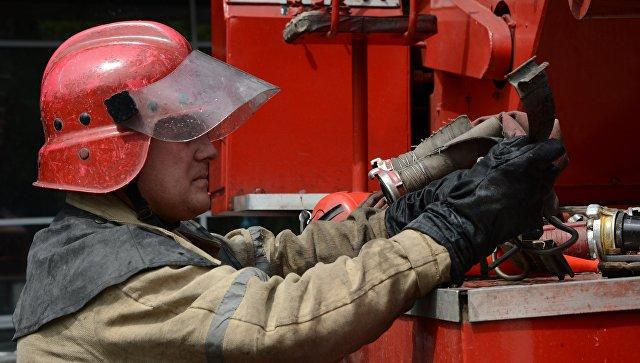 The fire erupted somewhere between the first and fifth floors of the eight-story building in the French capital’s 19th arrondissement, RT reported. Witnesses heard at least one violent explosion, which was recorded and has been widely shared on social media.

According to Gabriel Plus, a spokesman for the Paris fire brigade, cited by the Daily Mirror, there was "no gas supply into the building,” but "bottles of gas or a barbeque may have caught fire on a balcony, causing the explosion."

"A number of people had been evacuated before our arrival and the reconnaissance we are conducting now suggests that no one is hurt or victim of the fire," a police spokesman said.

Around 100 firefighters along with multiple fire trucks and ambulances were immediately dispatched to the scene in order to contain the blaze, however, it spread quickly and engulfed several floors. According to the Mirror, 27 flats have presumably been damaged.

Civil Protection Paris Seine (PCPS) has mobilized around 20 volunteers who are setting up beds for those affected. The organization also stands ready to provide “material and psychological” support to the victims.

The cause of the fire remains unknown, however, the blaze has damaged some electrical lines, as a number of electrical blackouts in the area have also been reported.