Self-driving spacecraft may save Earth from doomsday 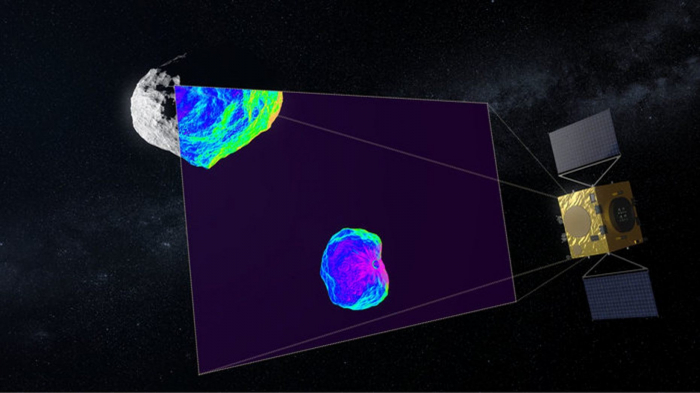 The European Space Agency is currently developing a self-driving craft for its Hera planetary defense mission to the Didymos asteroid, which could happen as soon as 2023.

“If you think self-driving cars are the future on Earth, then Hera is the pioneer of autonomy in deep space,” Paolo Martino, lead systems engineer of ESA's proposed Hera mission, said in a statement. “While the mission is designed to be fully operated manually from ground, the new technology will be tested once the core mission objectives are achieved and higher risks can be taken.”

By functioning autonomously, the Hera spacecraft could steer itself in real-time, cutting down precious minutes in space and navigate around potentially treacherous objects in space. Similar to a self-driving car that uses a variety of different sensors and cameras, the spacecraft will also an array of technologies, ESA Guidance, Navigation and Control (GNC) Engineer Jesus Gil Fernandez, said.

In addition, Hera's onboard computer will have a dedicated image processing unit, akin to a graphics card in a PC.

The ESA posted a video of Hera's self-driving navigation test, which can be viewed below.

“Hera’s most crucial data source will be its Asteroid Framing Camera, combined with inputs from a star-tracker, laser altimeter, thermal infrared camera plus inertial sensors including accelerometers," Fernandez added in the statement.

By giving autonomy to Hera, it should let the spacecraft get as close as 200 meters (656 feet) from the surface of Didymoon, which would let it take observations as close as 2 centimeters per pixel.

“All other deep-space missions, by comparison, have had a definite driver back on Earth, with navigation commands planned at mission control in ESA’s European Space Operations Centre, before being uplinked to the spacecraft hours later," GNC engineer Massimo Casasco added. "During Hera’s experimental phase, equivalent decisions will be performed aboard on an autonomous basis in real time.”

The Hera mission is scheduled for launch in October 2023 and would visit the 2,550-foot-wide Didymos asteroid, as well as its satellite, a smaller, but still potentially lethal object, known as Didymoon.

Hera, which will only start testing the autonomous system once all of the major objectives are complete, is just a small part of the  Asteroid Impact and Deflection Assessment (AIDA) mission, according to Space.com.

The AIDA mission also includes a NASA spacecraft headed to the same asteroid system, where its Double Asteroid Redirection Test (DART) mission is slated to crash into the surface of an asteroid and have two smaller cubesats examine the surface.

NASA has recently expanded its planetary defense protocols, including last year's unveiling of a bold new plan to protect Earth.

Last June, NASA unveiled a 20-page plan that details steps the U.S. should take to be better prepared for near-Earth objects (NEOs) such as asteroids and comets that come within 30 million miles of the planet.

Lindley Johnson, NASA’s planetary defense officer, said at the time that the country "already has significant scientific, technical and operational capabilities" to help with NEOs, but implementing the new plan would "greatly increase our nation’s readiness and work with international partners to effectively respond should a new potential asteroid impact be detected.”