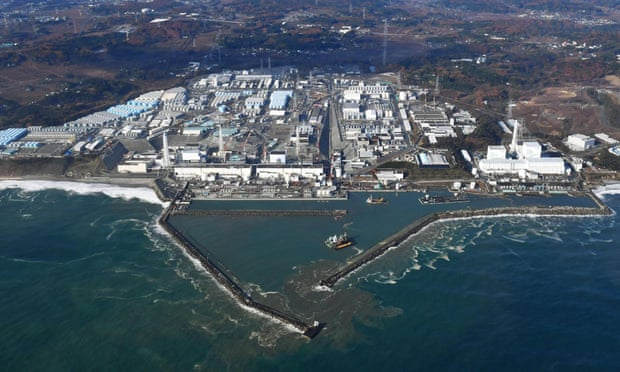 A town next to the wrecked Fukushima Daiichi nuclear power plant partially reopened on Wednesday, eight years after a triple meltdown forced tens of thousands of people in the area to flee.

About 40% of Okuma, which sits immediately west of the plant, was declared safe for residents to make a permanent return after decontamination efforts significantly reduced radiation levels.

However, media reports said just 367 people from Okuma’s pre-disaster population of 10,341 had registered as residents, suggesting that very few people will return to neighbourhoods that have been abandoned since a deadly earthquake and tsunami triggered a triple meltdown at the nuclear plant in March 2011.

Most of Okuma, however, remains off-limits due to high radiation levels. Residents have been permitted to make daytime visits to maintain their homes, but Kyodo news reported that only 48 people, belonging to 21 households, had so far registered to stay overnight.

Local officials hope the opening next month of a new town hall and other infrastructure projects will convince more people to return.

Concern over the possible health effects of exposure to radiation remains high among people from areas near the plant, particularly families with young children. A poll by the Asahi newspaper and a local broadcaster found that almost two-thirds of evacuated residents felt anxious about radiation despite official claims that decontamination work had been a success.

Part of Okuma is also being used as an interim storage site for millions of cubic metres of toxic soil gathered during an unprecedented decontamination drive to reduce radiation to levels that would enable tens of thousands of evacuees to return home.

The government has vowed to move the soil out of Fukushima prefecture by 2045, but has yet to find a permanent storage site.

While evacuation orders in most of the initial no-go zones have been lifted, restrictions are still in place in several areas closest to the plant, including most of Okuma and all of nearby Futaba. More than 40,000 people were still unable to return home as of March, and many of those whose homes have been declared safe have decided not to return.

The prime minister, Shinzo Abe, will attend a ceremony on Sunday to mark the partial lifting of the evacuation order in Okuma. Abe, who has pushed for the restart of nuclear reactors that were shut down in the wake of the disaster, may also visit Fukushima Daiichi for the first time in more than five years, according to Kyodo news agency.

Abe is keen to demonstrate that life in Fukushima is slowly retuning to normal ahead of the 2020 Tokyo Olympics, drawing criticism from campaigners.

As Japan marked the eighth anniversary of the disaster last month, a Greenpeace investigation revealed high levels of radiation in areas that have been declared safe, and accused the government of misleading the international community about the risks faced by returning evacuees and decontamination workers.