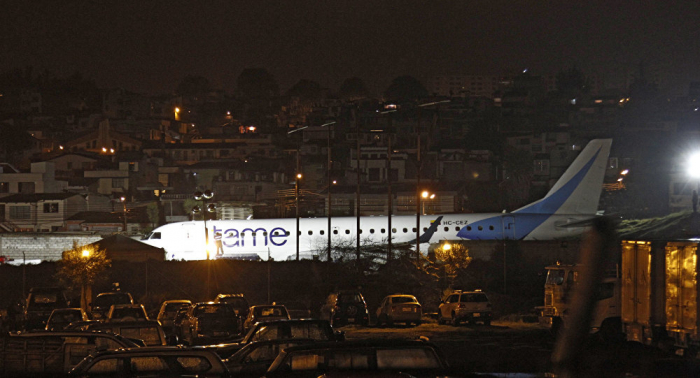 A collaborator of WikiLeaks founder Julian Assange was arrested Thursday in Ecuador while trying to flee to Japan, the South American country's interior minister Maria Paula Romo said, cited by AFP. The minister did not name the person or give their identity.

She stressed, however, the detained person was very close to Assange. "A person, who is very close to the organization, lives here. He was detained this afternoon when trying to leave for Japan", the interior minister said.

According to AP, the Ecuadorian authorities have arrested a Swedish software developer allegedly tied to WikiLeaks. An Ecuadorian official told AP on the condition of anonymity that Ola Bini was arrested Thursday at Quito's airport as he was preparing to board a flight for Japan.

Meanwhile, a Swedish man reportedly by the same name describes himself as a software developer working in Quito for the Centre for Digital Autonomy, a group based in Ecuador and Spain focused on privacy, security and cryptography issues, according to AP. The group makes, however, no mention of any affiliation with Wikileaks. Netizens have shared on Twitter the alleged photos of an arrested person.

Assange's Ecuador-based lawyer Carlos Poveda told Sputnik that the person was a friend of his client. "It is his friend. He is not [Assange's] adviser. Lawyers do not know the reason behind his arrest but it is not true that he is some sort of an aide", Poveda explained.

Earlier on Thursday, UK authorities on behalf of the United States arrested WikiLeaks founder inside the Ecuadorian Embassy in London.

Julian Assange, 47, gained fame after WikiLeaks published a large number of leaked files, including some referring to US military operations in Afghanistan and Iraq, and conditions in the Guantanamo detention camp.

Since 2012, Assange had been residing in the Ecuadorian Embassy in London to avoid extradition to Sweden, where he faced a probe over allegations of sexual offenses. Assange denied those allegations and called them politically motivated. While the Swedish police dropped the investigation in 2017, Assange was still wary of being extradited to the United States.

US authorities indicted Assange in connection with a federal charge of conspiracy to commit computer intrusion, the Justice Department said in a statement on Thursday. The charge carries a maximum prison sentence of five years. However, experts and former intelligence officials have said the United States could bring additional charges against Assange.

The United States is planning to host Ecuadorian President Lenin Moreno next week but there are no further details about upcoming meetings in Washington at the moment, a US Department of State official said Thursday following Quito’s termination of political asylum of WikiLeaks founder Julian Assange.

"I can’t preview his [Moreno’s] trip next week at this time but these things are still being planned. Of course, we respect Ecuador's decision", a State Department official told reporters on Thursday. The official declined to comment, however, on a possible connection between the upcoming visit and Assange’s arrest.