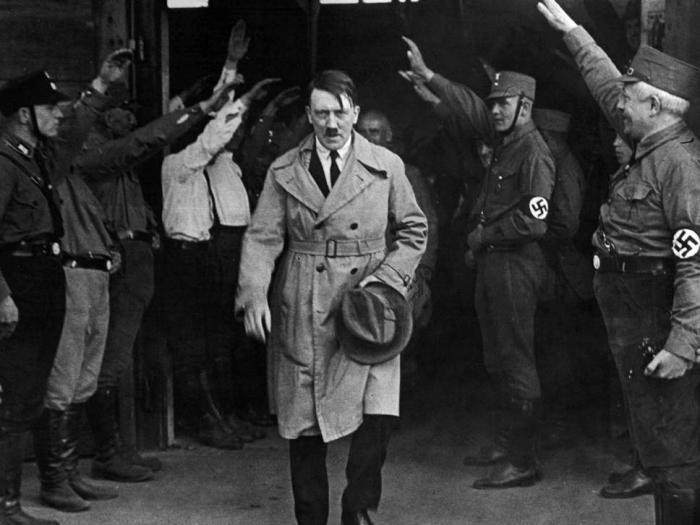 Adolf Hitler “would have loved social media” as a way of spreading hate, according to Disney's chief executive Bob Iger.

“It’s the most powerful marketing tool an extremist could ever hope for,” the head of the world’s largest media company told an event organised by the Jewish human rights organisation, the Simon Wiesenthal Center.

“By design social media reflects a narrow world view filtering out anything that challenges our beliefs while constantly validating our convictions and amplifying our deepest fears," he added.

“Social media allows evil to prey on troubled minds and lost souls and we all know that social news feeds can contain more fiction than fact, propagating vile ideology that has no place in a civil society that values human life.”

He made the comments as he called on US politicians to “reject hate in all forms” in the run up to the 2020 presidential election.

“Hate and anger are dragging us toward an abyss,” he said as he accepted a humanitarian award at the tribute dinner in Los Angeles, Variety magazine reported.

“In the last few years, we have been harshly reminded that hate takes many forms, sometimes disguising itself as more socially acceptable expression like fear or resentment or contempt. It is consuming our public discourse and shaping our country and culture into something that is wholly unrecognizable to those of us who still believe in civility, human rights and basic decency.”

Next week the Disney boss is due to co-host a 2020 fundraiser for Democrat candidates for the US Senate.

”I want to hear a pitch that isn’t grounded in contempt of others,” he said. “I want to see a vision big enough to include everyone.”

The company has previously been dogged by allegations that its founder Walt Disney was antisemitic.

Several early films feature stereotypes common to the 1930s , including a Big Bad Wolf dressed as a Jewish peddler and Mickey Mouse dancing like a Hasidic Jew.


The late animator was linked to the antisemitic organisation Motion Picture Alliance for the Preservation of American Ideals.

Disney was also criticised for accepting a visit by Nazi filmmaker Leni Riefenstahl to Hollywood to promote her film Olympia in 1938.

In 2014 Meryl Streep called the late animator a “hideous anti-Semite” who “formed and supported an anti-Semitic industry lobby”.