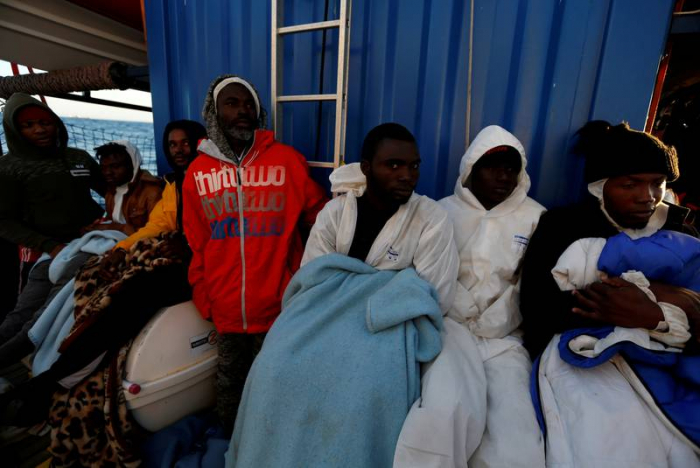 The ship, operated by the humanitarian organization Sea-Eye, had been refused entry by Italy and Malta, but two migrants were evacuated to Malta earlier this week because of poor health.

Both countries had insisted it was Libya’s responsibility to take in the boat, Sea Eye said earlier in the week.

The Maltese government said that through the coordination of the European Commission, the migrants will be redistributed among Germany, France, Portugal and Luxembourg.

“None of the migrants will remain in Malta. The ship Alan Kurdi will not be allowed to enter Malta,” the government said.

“Once again the smallest member of the European Union was put under unnecessary pressure, being asked to resolve a case which was neither its responsibility nor its remit,” the government added.

“A solution was found in order not to let the situation deteriorate further while making it clear Malta cannot keep shouldering this burden.”

In March, Malta received 108 migrants after the small tanker which rescued them was hijacked by some of the migrants themselves. Maltese soldiers stormed the vessel and escorted it to Malta.

Three teenagers have since been taken to court and are under arrest.