One dead and three injured in Melbourne nightclub shooting 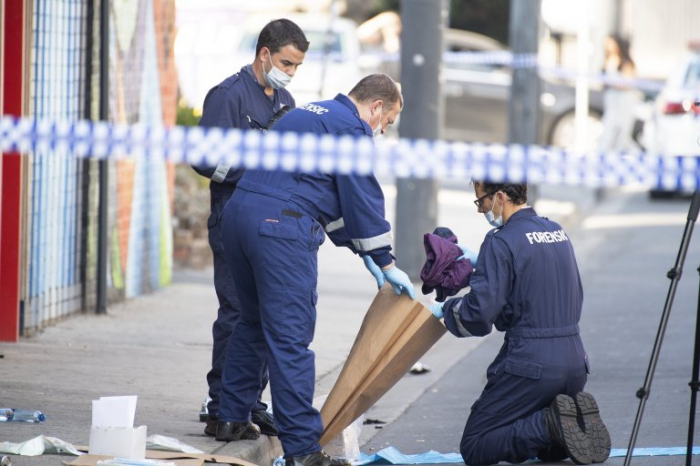 A drive-by shooting outside a nightclub in Australia has left one man dead and three injured.

Shots were fired from a car into a crowd standing outside the two-story Love Machine club in Melbourne, hitting three security guards and one patron, police said. Officers confirmed that a man aged 37 was killed.

He is believed to be one of the security guards at the club.  Two men aged 29 and 50 were injured in the attack, while a man aged 28 is said to be in a critical condition.

Police are appealing with anyone with information to come forward. They have made no arrests so far. They are investigating whether a black Porsche SUV seen leaving the area is related to the shooting. The vehicle was later found burnt out.

Andrew Stamper of Victoria state police said: ‘These things are still incredibly rare and there’s nothing to indicate at the moment that this is part of a broader agenda.’ Love Machine host Steve Yousif posted on Facebook today:

‘Overwhelmed with all your calls and texts, nothing but love for you all. ‘What happened last night was uncalled for and devastating. For some of you it was a night out, the rest of the Love Machine family lost a beautiful soul today’