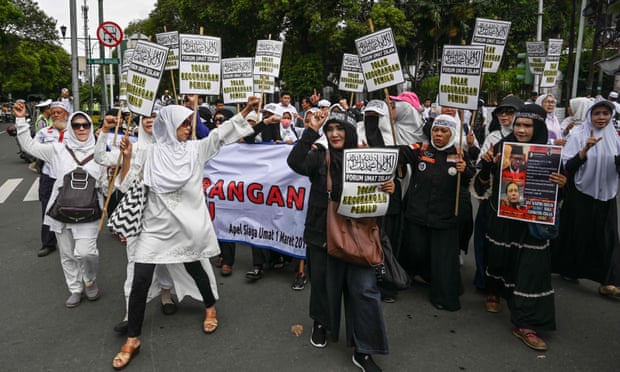 Vote on 17 April is world’s biggest direct presidential election with more than 800,000 polling stations set up.

Indonesia, a nation made up of 17,000 islands, will hold the biggest, most complex one-day elections in the world on 17 April. The elections in India are bigger in number but are held over a comparatively relaxed period of six weeks.

A total of 192.8 million Indonesians are registered to vote with more than half aged 40 or under in what is the world’s third-largest democracy after India and the US.

In a country where democracy is also relatively young, elections are a colourful and celebratory affair, described locally as “pesta demokrasi”, or “democracy party”.

The vote will be the world’s biggest direct presidential election (the US has an indirect electoral college system), and this year the voting process is even more gargantuan and complicated than normal, with presidential and parliamentary elections being held on the same day for the first time.

That means that at 809,500 polling stations, Indonesian voters will be choosing from more than 250,000 candidates for 20,538 legislative seats at five levels of government over a period of just six hours. 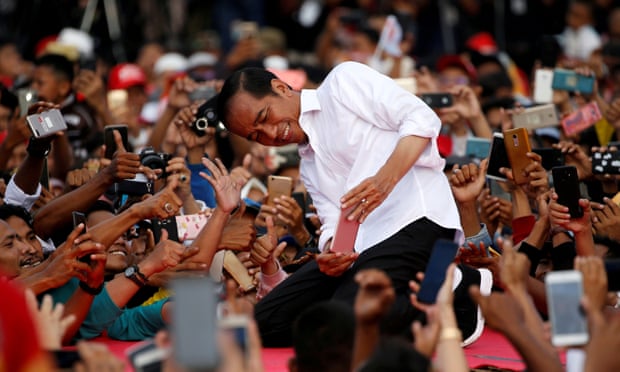 While voters will be marking five boxes on their ballot papers, much of the focus is on the presidential race.

Jokowi is up against Prabowo Subianto, a fiery nationalist and ex-special forces military commander, and former son-in-law of Indonesia’s long-time leader Suharto. He has teamed up with Sandiaga Uno, a wealthy former investment banker who was briefly deputy governor of Jakarta.

Essentially this vote is a rematch between two political rivals. In the bitterly divisive presidential election of 2014, Jokowi defeated Prabowo by six percentage points.

More than a million indigenous people may not get to vote

All Indonesians aged 17 or over who hold an electronic identification card, known as an e-KTP, have the right to vote. Those who are married can vote at a younger age – the legal age for girls to marry is 16. The only groups excluded from voting are police and military officers, who by law are obliged to stay politically neutral.

The electronic identity card requirement means that some in remote or underdeveloped areas will miss out. In Indonesia’s easternmost province of Papua, for example, less than 50% of eligible voters have an electronic identity card, according to the Indonesia’s home affairs ministry. In other areas more than 1.6 million indigenous people may not be able to vote for the same reason. 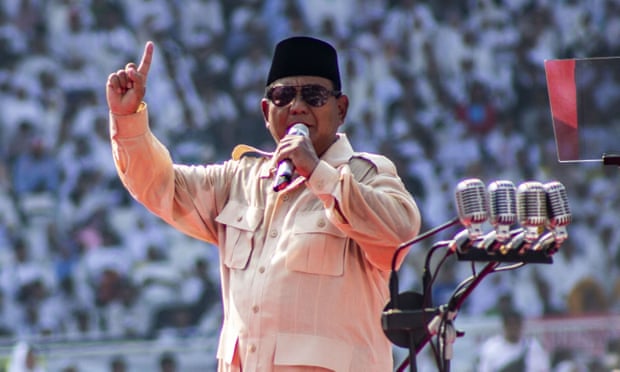 Uniquely, in some mountainous regions of Papua, some tribes employ a voting bloc system known as noken, in which a tribal chief represents the communal voice of the tribe. Ballots are placed inside a noken, a traditional woven bag, and the chief votes on their behalf.

Ballots delivered by horse and canoe

With ballot papers to Indonesia’s most far-flung regions delivered by plane, warship, horseback, canoe and even on foot, the sheer logistics are impressive. And inevitably there are a few hiccups.

Last week a vessel carrying 26 sacks of ballot papers sank en route to Natuna, a regency made up of several hundred islands in the South China Sea, after it hit some coral.

There is also concern over alleged irregularities in the electoral roll, with the opposition claiming that 17 million voters are registered with the same three birthdays, while absurdly others are marked as born in the first century AD. The election commission is investigating the claims, similar to allegations thrown out by Indonesia’s constitutional court in 2014.

Despite research that points to attempts at rampant vote buying, Indonesia’s elections are viewed as relatively free and fair, with election monitors from 33 countries invited to observe.

Indonesians are also fierce defenders of their democracy – with many voters remaining at their polling stations during the last election to watch the count.