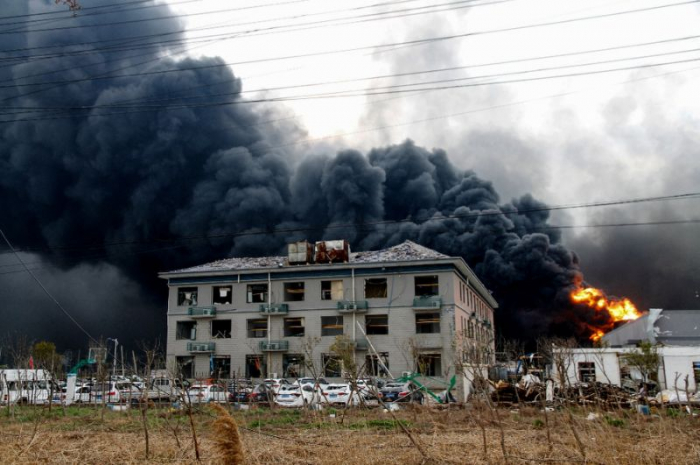 The March 21 explosion at a plant owned by the Tianjiayi Chemical Co prompted China's safety watchdog to launch a nationwide inspection of hazardous chemicals, mines, transportation and fire safety practices.

Authorities have shut the industrial park where the blast occurred in the eastern coastal city of Yancheng, and dozens of other sites face closure to allay public safety concerns, state media reported last week.

The latest arrests brings to 26 the number of people detained in connection with the disaster.

The 17 suspects are accused of making "false evaluations" of the company's operations, the Yancheng government said on its official Weibo account. They include company employees and those working for "intermediary organisations," it said without elaborating.

China has a history of major work safety accidents and each one normally triggers a nationwide inspection campaign aimed at rooting out violations and punishing officials for cutting corners or shirking their supervisory duties.