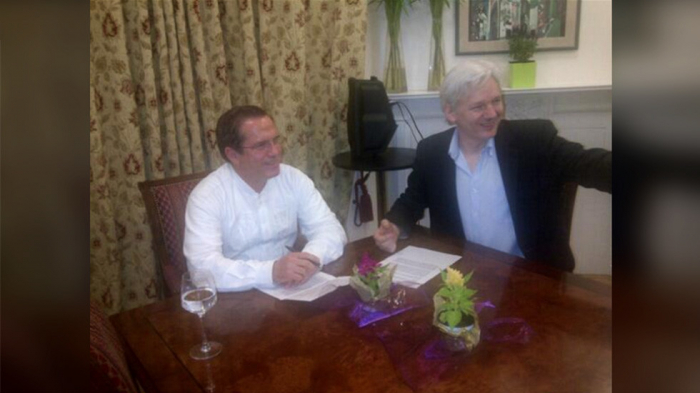 The former foreign minister of Ecuador will be placed on Interpol’s Red Notice list, after fleeing the country for fear of prosecution, as the government of Lenin Moreno continues to crack down on Julian Assange’s supporters.

“The attorney general’s office began a criminal process against Ricardo Patino for the alleged crime of instigation,” the office said in a statement on Thursday. “[Patino] had given a speech in which he instigated people to take over public institutions and close roads.”

Besides his alleged anti-government activities, Patino is also being sought for his supposed links to Swedish software developer Ola Bini, who was arrested last week on suspicions of ‘hacking’ for WikiLeaks.

While authorities conduct their investigation, the judge ordered Patino to be held in pre-trial detention. Patino, however, is nowhere to be found, after reportedly fleeing Ecuador to Peru on Wednesday night. Ecuador requested that Interpol issue a Red Notice on the former foreign minister –who’d served under president Rafael Correa– which asks foreign countries to locate and provisionally arrest the fugitive, pending extradition.

Known for his criticism of the Moreno government, the 64-year-old was especially vocal over the suspension of Assange’s asylum at the Ecuadorian embassy in London, which resulted in his immediate arrest by the UK police. “Worldwide shame,” he tweeted, after Assange’s brutal arrest last week, accusing Moreno of violating the constitution and international law with his “betrayal” of the whistleblower.

“We are victims of a fierce persecution that is carried out to hide the corruption of Moreno and his close circle,” the renegade politician said in a twitter statement. “We are going to fight, to continue fighting, with our heads held high.”

President Moreno suspended Assange’s asylum last week, after accusing the Australian native of violating his personal privacy by spying on his family. WikiLeaks denies the accusation against its founder and accuses Moreno of taking revenge over the exposure of corruption allegations against him. After being dragged out of the Ecuadorian Embassy – where he had been living since 2012 – Assange now faces possible extradition to the United States, where he is accused of conspiring to steal secret government files.