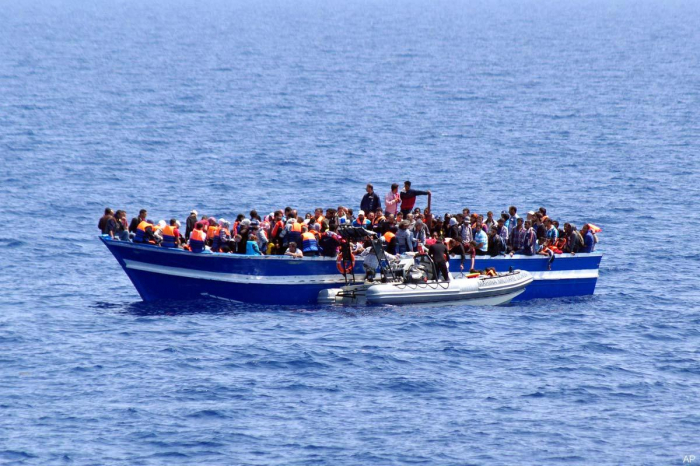 The Libyan coast guard has stopped 113 migrants trying to reach Italy over the past two days, the United Nations said on Wednesday, as boat departures resume following a lull in fighting between rival forces in Libya, Reuters reports.

The western Libyan coast is a major departure point for mainly African migrants fleeing conflict and poverty and trying to reach Italy across the Mediterranean Sea with the help of human traffickers.

But clashes eased on Tuesday after a massive push by Haftar’s Libyan National Army (LNA) force with artillery failed to make inroads towards the center. Shelling audible in central Tripoli was less on Wednesday than on previous days.

The Libyan coast guard stopped two boats on Tuesday and one more on Wednesday carrying a total of 113 migrants and returned them to Zuwara and Khums, two western towns away from the Tripoli frontline, where they were put into detention centers, the U.N. migration agency IOM said.

These were the only reported boats since April 11 when 19 migrants were stopped by the coast guard and returned to Khums, according to IOM.

The Libyan coast guard could not be immediately reached for comment on Wednesday.

Human rights groups have accused armed groups and members of the coast guard of being involved in human trafficking.

Last week Vincent Cochetel, special envoy of the U.N. refugee agency UNHCR for the situation in the central Mediterranean, tweeted: “It is remarkable to note that in spite of the war in Tripoli no boats with migrants & refugees are leaving. The militias known for their involvement in human trafficking are too busy fighting for their survival.

Officials have been accused in the past of mistreating detainees, who are being held in their thousands as part of European-backed efforts to curb smuggling.

According to one U.N. report last December, migrants and refugees in Libya suffer a “terrible litany of violations” including unlawful killings, torture, gang rape and slavery by a combination of state officials, armed groups and traffickers.

Human rights groups have also accused the European Union of complicity in the abuse as Italy and France have provided boats for the coast guard to step up patrols. That move has helped to reduce migrant departures.