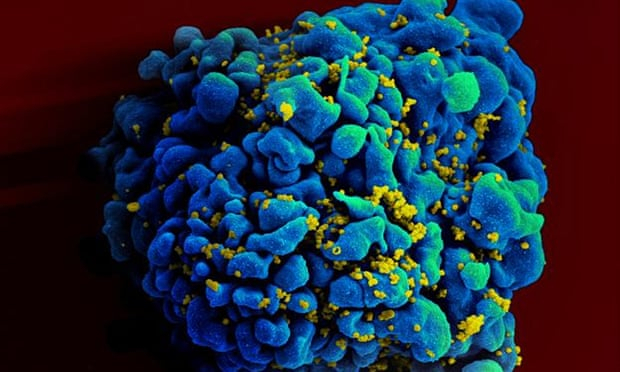 An end to the Aids epidemic could be in sight after a landmark study found men whose HIV infection was fully suppressed by antiretroviral drugs had no chance of infecting their partner, Guardian reports.

The success of the medicine means that if everyone with HIV were fully treated, there would be no further infections.

Among nearly 1,000 male couples across Europe where one partner with HIV was receiving treatment to suppress the virus, there were no cases of transmission of the infection to the HIV-negative partner during sex without a condom. Although 15 men were infected with HIV during the eight-year study, DNA testing proved that was through sex with someone other than their partner who was not on treatment.

“It’s brilliant – fantastic. This very much puts this issue to bed,” said Prof Alison Rodgers from University College London, the co-leader of the paper published in the Lancet medical journal. Earlier studies have also shown the treatment protects heterosexual couples where one partner has HIV.

She added: “Our findings provide conclusive evidence for gay men that the risk of HIV transmission with suppressive ART [antiretroviral therapy] is zero. Our findings support the message of the international U=U campaignthat an undetectable viral load makes HIV untransmittable.

“This powerful message can help end the HIV pandemic by preventing HIV transmission, and tackling the stigma and discrimination that many people with HIV face.

“Increased efforts must now focus on wider dissemination of this powerful message and ensuring that all HIV-positive people have access to testing, effective treatment, adherence support and linkage to care to help maintain an undetectable viral load.”

In 2017, there were almost 40 million people worldwide living with HIV, of whom 21.7 million were on antiretroviral treatment. An estimated 101,600 people are living with HIV in the UK, and of these, about 7,800 are undiagnosed, so do not know they are HIV positive.

Myron S Cohen of the UNC Institute for Global Health and Infectious Diseases at Chapel Hill in North Carolina, said in a commentary in the Lancet on the study that it should push the world forward on a strategy to test and treat everyone who has HIV. But, he added, maximising the benefits of treatment, particularly for men who have sex with men, has proved difficult.

“It is not always easy for people to get tested for HIV or find access to care; in addition, fear, stigma, homophobia and other adverse social forces continue to compromise HIV treatment,” he said.

“Diagnosis of HIV infection is difficult in the early stages of infection when transmission is very efficient, and this limitation also compromises the treatment as prevention strategy.”

According to the National Aids Trust, 97% of people on HIV treatment in the UK have an undetectable level of the virus, meaning they cannot pass it on. “Hearing this can be enormously empowering and reassuring to people living with HIV,” said Deborah Gold, the trust’s chief executive.

The latest findings reinforce the importance of people taking HIV tests frequently, which could ultimately end the transmission of the virus altogether in the future. New diagnoses have been declining since their peak in 2005, with figures from 2017 showing a 17% drop on 2016 and a 28% fall compared with 2015.

“If we don’t reduce late diagnosis, there will always be those who are not aware of their HIV status and who therefore cannot access treatment,” said Gold. “We think that the findings from this study could be incredibly powerful in breaking down some of the barriers to testing in communities where there is still a lot of stigma around HIV.”

However, she added that government funding cuts to specialist health services would make it more difficult to achieve a goal of eliminating transmission by 2030.

Jens Lundgren, a professor of infectious diseases at Rigshospitalet, University of Copenhagen, and joint-lead for the study, called Partner, said: “We have now provided the conclusive scientific evidence for how treatment effectively prevents further sexual transmission of HIV.”

Dr Michael Brady, the medical director at the Terrence Higgins Trust, said: “It is impossible to overstate the importance of these findings.

Bruce Richman, the founding executive director of the Prevention Access Campaign, which launched U=U, said Pac was tremendously grateful to the researchers and participants. He said the study “has for ever changed what it means to live and love with HIV around the world”.

In a linked comment in the journal, Cohen expressed optimism for future treatment of Aids. “During the course of these studies, antiretroviral drugs have become more effective, reliable, durable, easier to take, well tolerated and much less expensive,” he said.

“The results … provide yet one more catalyst for a universal test-and-treat strategy to provide the full benefits of antiretroviral drugs. This and other strategies continue to push us toward the end of Aids.”

Alex Sparrowhawk, 34, has been living with HIV for almost 10 years. When he was diagnosed in November 2009, he had two major concerns: how being HIV positive would impact his work as a financial analyst, and what it meant for future relationships.

“I was single at the time,” he said. “Just navigating what to do – when to tell people and how to talk to people was really difficult.”

Alex immediately began antiretroviral treatment, initially taking four pills a day, which was reduced to one pill once his viral load came down to undetectable levels several months later. The latest results confirm that for the past nine years, he has not been able to transmit the virus to anyone, although at the time, medical advice was less definitive.

Between his diagnosis and now, Alex spent six-and-a-half years in a relationship, and said the possibility – however tiny – of transmitting HIV to his partner was a source of anxiety. “You’d be told it was very unlikely, or that it was only possible under certain circumstances like having an STI,” he said. “But you’re constantly worried about these caveats and you go through this worry together.

“Now we can say zero risk, which is just so much more empowering for people. It’s a huge weight off your shoulders.”

Alex hopes the findings will help transform public attitudes about HIV, bringing them in line with medical evidence. “A lot of stigma is driven by fear of being exposed to HIV,” he said. “People still think you can get it from kissing and casual contact. If more people knew about this study, this would change.”