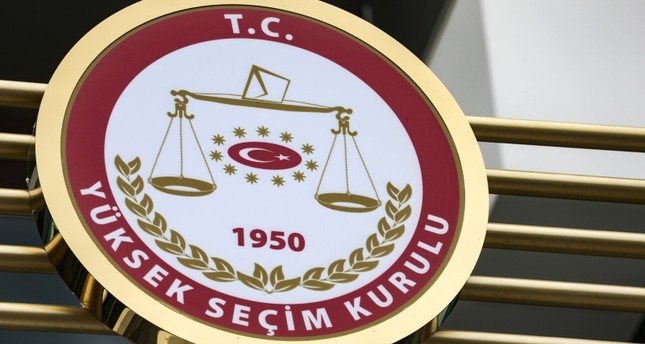 The decision to re-hold local elections comes in the wake of new pieces of evidence AK Party has uncovered.

The YSK ruled 7 against 4 in favor and annulled the results of the mayoral election in Istanbul. The renewed election will be held on June 23.

The March 31 local elections in Istanbul where Nation Alliance candidate from the main opposition Republican People's Party (CHP) Ekrem İmamoğlu was awarded the certificate of the election with only a 13,729-vote difference were followed by lengthy discussions and objections by parties demanding a do-over election due to irregularities and unlawfulness. After the elections, the AK Party submitted an extraordinary objection to the YSK for the Istanbul Metropolitan Municipality, Maltepe Municipality and Büyükçekmece Municipality two weeks ago to cancel and redo the Istanbul municipal election.

The AK Party's extraordinary objection concerned four categories: Irregularities in vote count sheets, serious discrepancies between the number of registered voters and the number of voting ballots, some balloting committee chairmen and members not being government employees as required by law and ineligible voters participating in the polls. According to the AK Party, there were significant discrepancies among tabulated results with wet signatures and stamps, showing the first vote record, the final record and the total number of votes submitted to the YSK. There were also empty or unsigned voting records and irregular registrations of voters.