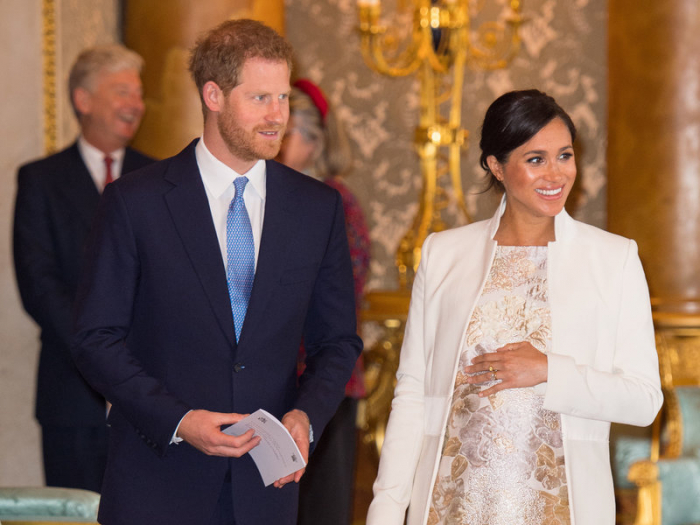 The latest royal baby has arrived.

Meghan Markle, who is married to Britain's Prince Harry, gave birth to the couple's first child early Monday. The baby boy weighed in at 7 pounds, 3 ounces. His name hasn't yet been announced.

The baby is "very healthy," Harry told reporters later in the day, adding that "mother and baby are doing incredibly well."

"It's been the most amazing experience that I could ever possibly imagine," the giddy new father said. "How any woman does what they do is beyond comprehension, but we're both absolutely thrilled."

Harry was "present for the birth" at 5:26 a.m. local time, Buckingham Palace said in a statement.

The palace added that royal family members "have been informed and are delighted by the news." Meghan's mother, Doria Ragland, is with the couple at Frogmore Cottage in Berkshire, and the palace says she is "overjoyed by the arrival of her first grandchild."

Harry said the couple hasn't yet decided on a name for their son, as NPR's Frank Langfitt reports. The family will live at Frogmore, which is near Windsor Castle — the queen's weekend home outside London and the site of the couple's wedding.