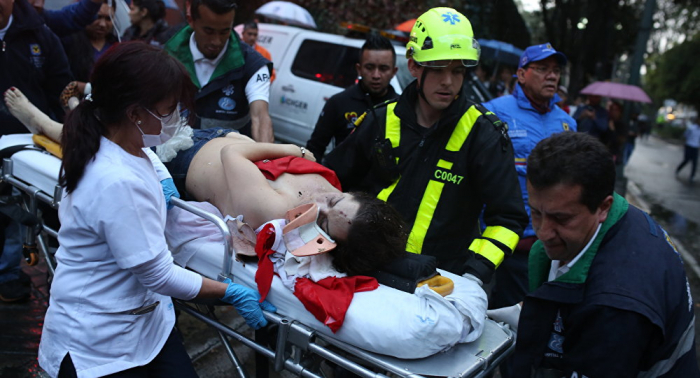 Four people have died and at least 26 were injured on Friday during a powerful explosion at a pyrotechnics factory in Bogota, local media reported.

According to the Colombian Cablenoticias TV broadcaster, the explosion took place at 1 p.m. (18:00 GMT). Pedro Manosalva, the chief of the Bogota fire department, said that firefighters were at the scene tending to the victims.

The loud explosion tore through two levels of a brick building and also damaged several nearby vehicles and another building.

According to media reports, the Colombian authorities do not suspect the incident was terror-related and are reportedly looking into a possible cause.

Colombian authorities are also reportedly investigating whether the property was being used for the pproduction of gunpowder for use in the popular game of "tejo".

The centuries-old game is played by hurling a metal disc at little packets of gunpowder.