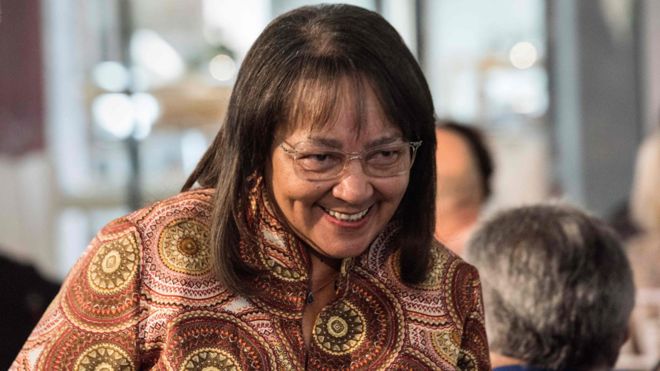 South African President Cyril Ramaphosa has announced a new cabinet in which, for the first time in the country's history, half of all ministers are women, AzVision.az reports citing BBC.

In another unexpected move, one of the women is from the opposition.

He appointed veteran opposition politician Patricia de Lille, who had stood for the Good Party, as minister of infrastructure development.

The African National Congress party won a general election on 8 May.

South African journalist Verashni Pillay told BBC Newsday that the move to have half of all cabinet posts occupied by women was a "surprise". But it shows that the head of state is "astute", she said.

Mr Ramaphosa reduced the amount of ministers in what he called a "bloated" cabinet from 36 to 28 ministers.

However, the opposition Economic Freedom Fighters party said in a statement that the idea that he had reduced the size of the cabinet was "the first sign of absolute dishonesty" because, at the same time, he had increased the number of deputy ministers.

Mr Ramaphosa has pledged to root out corruption, but correspondents say eyebrows have been raised that he retained Deputy President David Mabuza.

The ministers are due to be sworn in later on Thursday.