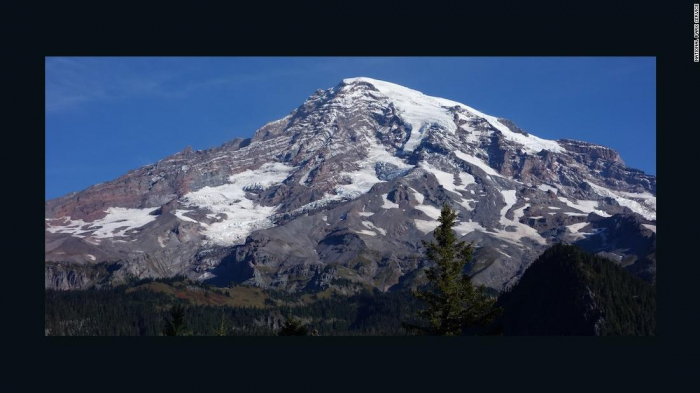 A rockfall came through a climbers' camp this week on Washington's Mount Rainier, killing one person and injuring two others, a park spokesman said.

Responding to a call about the rockfall, search and rescue workers air-lifted a severely injured climber to Seattle's Harborview Medical Center on Thursday morning, Bacher said. The rest, including three uninjured campers, were flown off the mountain later that day, he said.
The climbers had intended to climb the summit Thursday.

Though its last eruptive period was about 1,000 years ago, Rainier is an active volcano, so it is inherently unstable, Bacher said.

About 10,000 people a year attempt the summit. About 50% make it to the top, Bacher said, and the other half are turned back by conditions or ability.