These prehistoric reptiles could fly immediately after birth 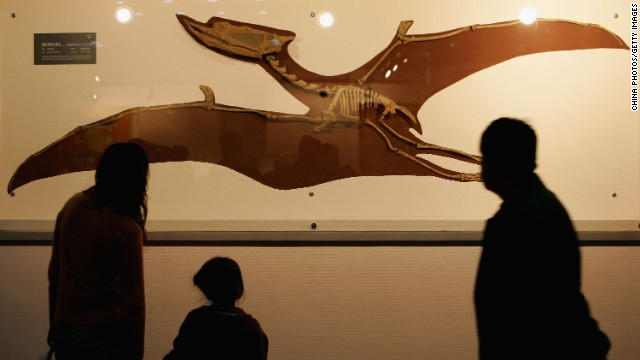 Baby pterosaurs were overachievers from birth. A paper published Wednesday in Proceedings of the Royal Society B argues that the prehistoric reptiles could fly immediately after birth -- something that the researchers say no other vertebrates, living or extinct, have been able to do.

Before, scientists thought that pterosaurs could only fly once they had grown to nearly full size, like birds or bats. But that theory was based on fossilized embryos found in China that had poorly developed wings, according to a press release about the research.

The two scientists compared the pterosaur embryos to data on prenatal growth in crocodiles and birds and discovered that the embryos had a long way to go before they were ready to be hatched.

"Our technique shows that pterosaurs were different from birds and bats and so comparative anatomy can reveal novel developmental modes in extinct species," Deeming said in a statement.

New pterosaur embryos were found in China and Argentina, allowing scientists to use more precise approaches when analyzing them. They discovered these pterosaur embryos had died just before hatching, providing a much clearer picture of what the animals would be like in life.

When they looked at the pterosaur embryos, they realized that the reptile's wing bone, manus digit IV, hardened much faster than in other flying reptiles. This offered more evidence that pterosaurs could fly straight from birth.

And for a baby pterosaur, flying wasn't just a way to get around. It was a way to survive, the authors said.

Other animals like birds and bats can take their sweet time when it comes to taking the first leap. Pterosaurs likely had to fly immediately to evade the jaws of meat-eating dinosaurs, according to the study. But their ability to fly is also why many of them died at a young age.

"Theoretically, what pterosaurs did, growing and flying, is impossible, but they didn't know this, so they did it anyway," Unwin said in a statement.