Bones discovered on Canadian beach belonged to migrants from 1847 shipwreck 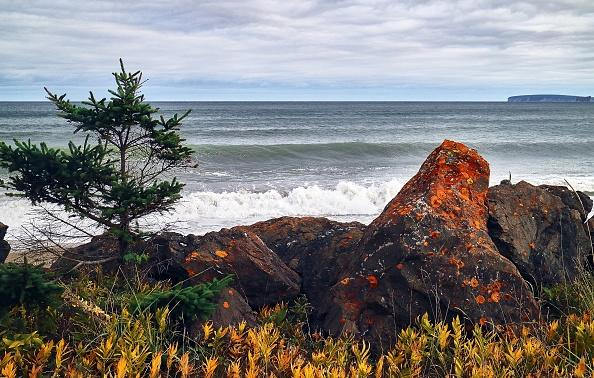 A massive storm on a Canadian beach led to a groundbreaking discovery that solved a nearly 170-year mystery, according to a new report.

Officials had been trying to determine the identities of human remains found on the shores of Quebec’s Gaspe Peninsula in the spring of 2011 for years, until Canada’s national parks agency announced its findings last week.

The bones were reportedly from 1847, when a ship carrying Irish migrants crashed into the cape during a major storm, killing all but 48 of the nearly 200 passengers on board, the Washington Post reported on Thursday.

The migrants were fleeing the Great Famine in Ireland, and were likely almost all starving when they boarded the ship.

Three partial skulls discovered on the beach belonged to children who were between the ages of nine and 15 at the time of their deaths.

Despite a series of logistical challenges that come with identifying poorly-preserved bones, bio-archaeologists remained committed to testing each of the remains until another major discovery occurred in 2016.

Officials found 18 more human remains after a lengthy excavation near the site of the shipwreck, after employees of the country’s national park service noticed human bones while working on a road near the beach.

The mass grave allowed researchers to conduct a chemical analysis as the remains were preserved better than the original discovery of the three skulls, eventually leading to the agency’s conclusion.

“It’s like an episode of ‘Columbo,’ ” Mathieu Côté, a resource conservation manager at the site where the remains were found, told the Post. “We now have all the clues together, and we can have some kind of conclusion.”

To this day, less than half of those killed in the shipwreck have been found.

“I’m very sad to see lives that were stopped so young,” Isabelle Ribot, who received the bones and helped research their identities, told the Post. “But, in a sense, I’m glad to be able to give back some information to the dead.”