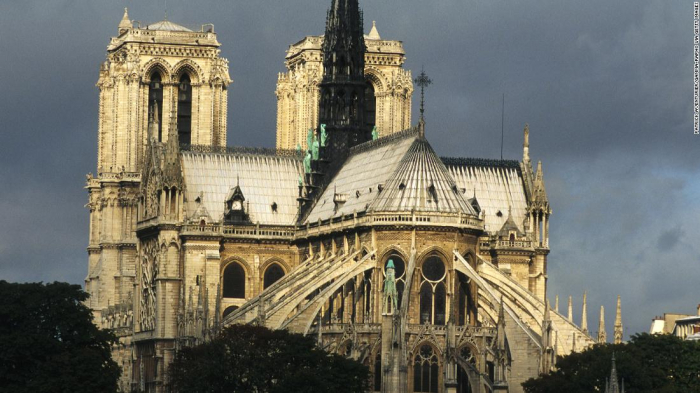 A small mass will be held at Notre Dame Cathedral in Paris on Saturday evening -- the first since a fire destroyed the structure's spire, parts of the roof and vault in April.

Access to the event will be extremely limited due to safety concerns, with just 20 to 30 people expected to attend, the Archdiocese of Paris said.

Most of these funds are to be used to restore the cathedral, although some will be used to receive pilgrims, repair damaged goods and organize religious music at the site, according to the Archdiocese.

The mass will be led by Michel Aupetit, the Archbishop of Paris, who said in a statement, "May all those who have mobilized since April 15 and all those who continue to work every day for Notre Dame, be they donors, architects, construction workers, political leaders, be warmly thanked for their efforts."