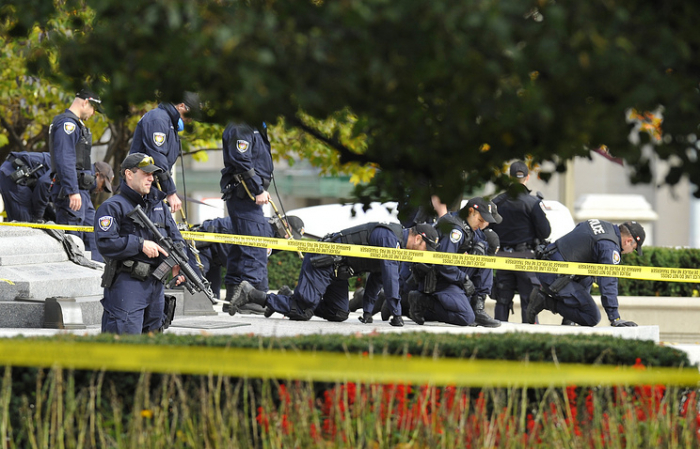 Two people were seriously injured after a shooting occured during a parade celebrating the victory of NBA champion Toronto Raptors in Canada, according to the police, Xinhua reports.

The shooting happened at the southeastern part of Toronto's Nathan Phillips Square when Toronto Mayor John Tory was delivering a speech to the rally.

Toronto Police OPS said in a tweet that two were seriously injured in the shooting but not life threatening.

Two people have been taken in custody and two firearms have been recovered while an investigation is ongoing, the police tweeted.

Toronto Police OPS said later in an update on Twitter that officers will be assisting in the dispersal of the crowd and lower priority radio calls will be met with delayed response.

It is reported that more than two million people took to the streets for today's celebration in Toronto.