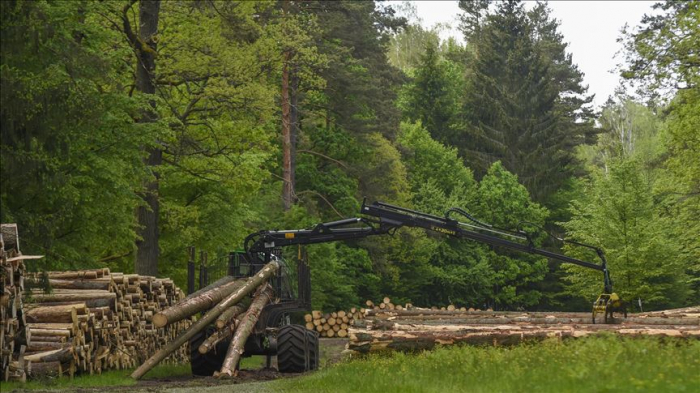 Forests and trees make vital contributions to both humanity and nature such as supporting livelihoods, ensuring clean water and air, preserving biodiversity and responding to climate change. 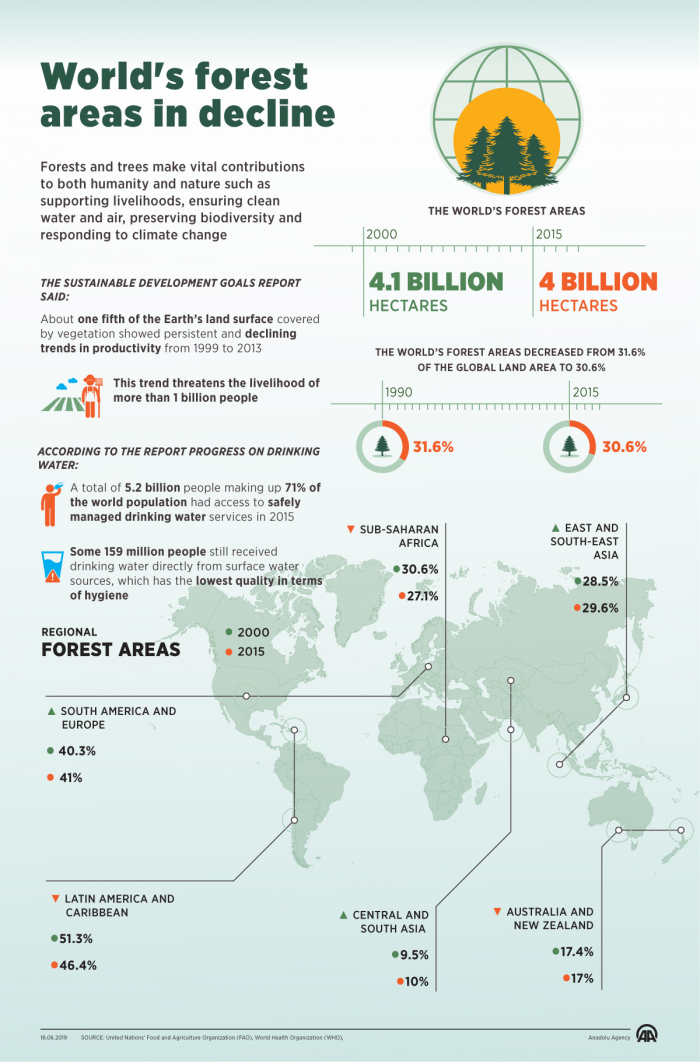 The world’s forest areas decreased from 31.6% of the global land area to 30.6% between 1990 and 2015, the United Nations' Food and Agriculture Organization (FAO) said in its analysis of The State of the World's Forests 2018.

About one fifth of the Earth’s land surface covered by vegetation showed persistent and declining trends in productivity from 1999 to 2013. This trend threatens the livelihood of more than 1 billion people, the UN said in The Sustainable Development Goals Report 2018.

According to the report Progress on Drinking Water, Sanitation and Hygiene: 2000-2017 issued by the World Health Organization (WHO), a specialized agency of the UN, a total of 5.2 billion people making up 71% of the world population had access to safely managed drinking water services in 2015.

Some 159 million people still received drinking water directly from surface water sources, which has the lowest quality in terms of hygiene.

In terms of hygiene, drinking water from the lowest quality to the highest is classified as surface water, unimproved, limited, basic and safely managed.