Temperatures of 35-40 Celsius expected to grip Europe next week 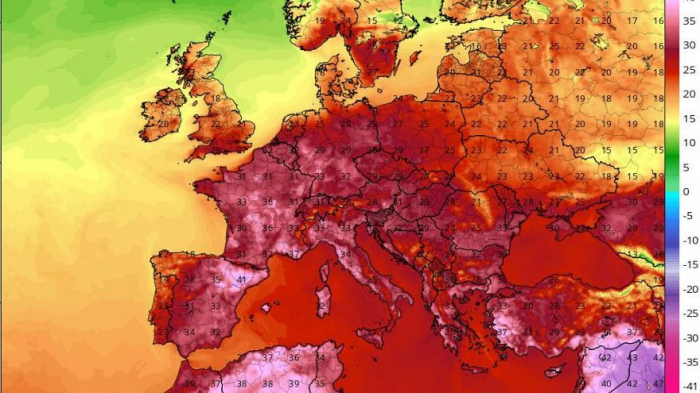 Summer will officially start on Friday, and Europe is facing rising temperatures along with it.

Thunderstorms will hit the continent this weekend, but next week, Europeans will be sweltering as temperatures reach between 35 and 40 degrees Celsius in most of France and Italy, potentially reaching 40 degrees in northern Spain.

A hot air mass rising from North Africa will cause temperatures to soar.

"Locations from Madrid to Paris, Belgium, Frankfurt and Berlin can expect a multi-day heat wave, with daily temperatures near or above 32 C," Accuweather wrote on Thursday.

Temperatures will rise on Monday and continue through to Friday with the risk of a heatwave for much of the week. A heatwave is classified as multiple days with abnormally high temperatures.

It can be especially risky for older people and children.

"Even though it will be short-lived, this heatwave could be remarkable for its momentum and intensity," Météo France said.

Meteorologists warned earlier this month that heatwaves could be a trend for summer in Europe this year due to high-pressure systems.

According to the European Environment Agency, 2018 was among the three warmest years on record in Europe.