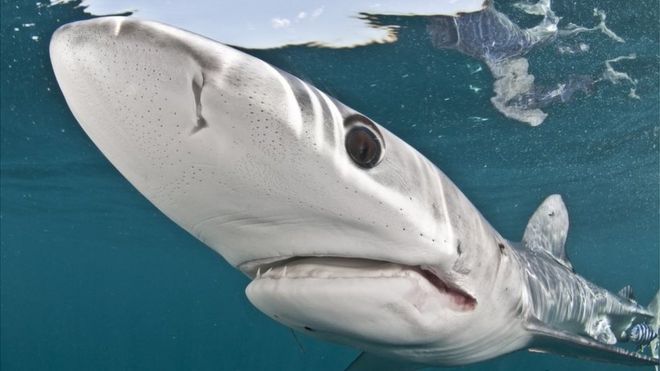 Canada has become the first G20 nation to ban the import and export of shark fins, in an effort help preserve a predator under threat, AzVision.az reports citing BBC News.

The country is the largest importer of shark fins outside Asia, though shark finning in the domestic fishery has been illegal since 1994.

The shark fin trade is believed to have contributed to the precarious status of many shark species worldwide.

An estimated one-third of fins sold come from species that are at risk.

Critics say the way many of the fins are collected is inhumane and unsustainable and has had a devastating impact on global shark populations.

Shark finning involves cutting off the valuable fin while the shark is alive, and discarding the rest of the body.

Canada's bill bans the import and export, to and from Canada, of shark fins that are not attached to the shark.

It was passed by parliament this week after years of effort by legislators and campaigners, and received Royal Assent on Friday.

Fins are some of the most expensive seafood items in the world, as the meat is considered a delicacy.

"We're not the biggest player but we're a player," executive director Josh Laugren, with Oceana Canada, which lobbied for the legislation, told the BBC.

"[The bill] is both meaningful in its own right in terms of the trade of shark fins but also hopefully leads the way for other countries to follow suit."

The UN estimates that 73 million sharks are killed for their fins every year.

Like in Canada, conservation concerns have led to a push to limit the trade of shark fins in other countries.

In the US, there are trade bans in place in states like Washington, Oregon, California, and Texas. Congress is also considering legislation on the matter.

There is also evidence that public awareness campaigns can have an impact on shark fin consumption.

In China shark fin soup has been eaten for centuries, but it has lost its popularity in recent years following conservation efforts, including by former NBA star Yao Ming, who worked for years to stem demand in his home country.

As of 2013, no shark fin dishes are served at official Chinese government functions.