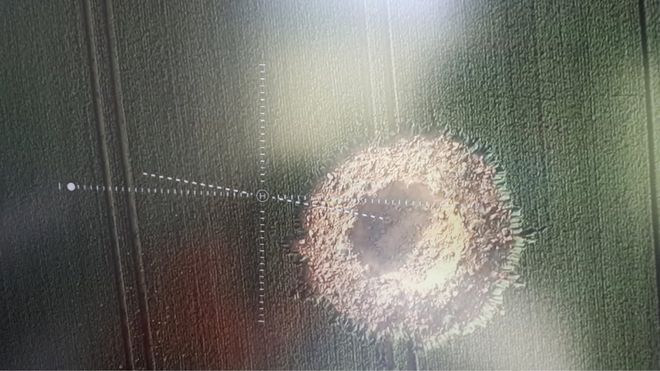 It was not immediately clear what caused a blast so powerful that it registered as a minor earthquake.

The blast, at 03:52 (01:52 GMT) on Sunday, startled residents near the central German town of Limburg, leaving a crater 10m (33ft) wide and four metres deep in a field, AzVision.az reports citing BBC News.

A photo taken by a drone later revealed the impact of the night-time explosion.

Initially police said "no definitive indication" had been found of a suspected unexploded bomb.

But, on close inspection of the corn field in Ahlbach, bomb disposal experts decided it was "with almost absolute certainty" a World War Two bomb. They believed it was a 250kg (550lb) bomb dropped by a plane.

Unexploded bombs are regularly found across Germany, frequently causing disruption while they are defused by disposal experts.

Officials say it is not unheard of for detonators to decompose to the extent that the bomb goes off by itself.

Residents said a nearby railway depot had become a target for Allied bombing in the dying days of the war, and unexploded bombs had been found in the area in the past.

A local official told media that the risk of becoming caught up in such a blast was less than being hit by lightning.